18 Best Papa Songs – Songs With Papa in the Title

Father’s Day is a time to celebrate our fathers. Common words to associate with our Fathers are as follows: Father, Dad, Papa, and Daddy. We are creating song lists for all words.

This list is for the word Papa. All of the top 10 Papa Songs have the word papa in the title of the song.

Papa is one of the least popular words to call our fathers, it is still popular enough to add to a song list. 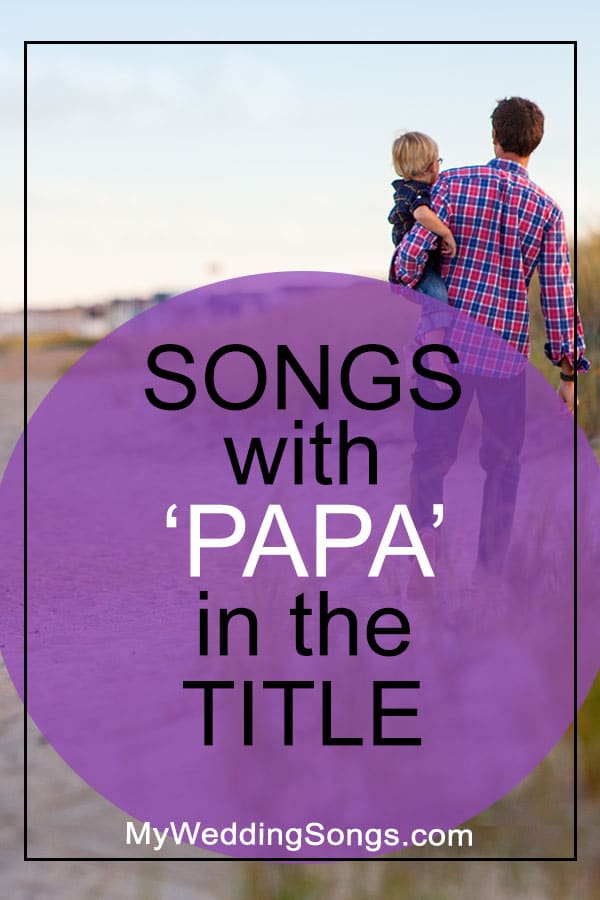 If you have a papa song that you think we should add to our song list, be sure to add it to the comments section at the bottom of the page.

Papa Can You Hear Me? – Barbra Streisand
Released in 1983
Genre – Jazz

Have a favorite Papa song, not on our list?  Be sure to share it below so that we can add it!