28 Best Monday Songs – Songs With Monday in the Title

Monday is the second day of the calendar week and the first day of the workweek. Forget about the doldrums of Mondays and enjoy our list of Monday songs. Each song listed below has the word Monday in the song title.

You can celebrate Thank God It’s Monday Day on the first Monday in January. 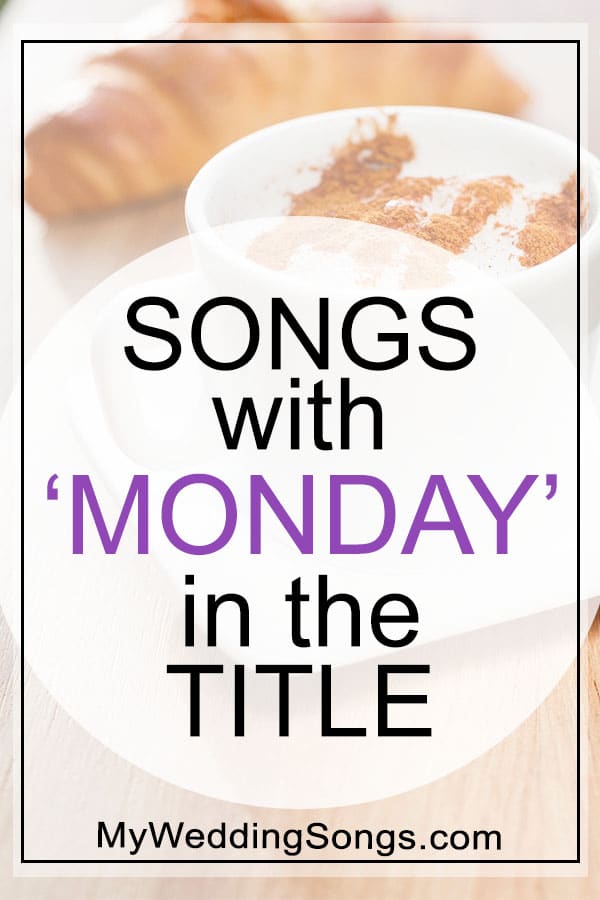 Forget about Friday and Saturday! Mondays are stereotypically perceived as being, bad. They can be seen as stormy, blue, long, and manic.

It’s ironic how Mondays have also been presented the same way in popular songs. We mention Mondays across many different music styles including rock, country, folk, dance, and pop.

Monday Morning – Melanie Fiona
2009, The Bridge
Soul
Did you know Melanie Fiona is Canadian and the song did better on the charts outside of Canada and the U.S.A.?

I Don’t Have To Be Me (‘Til Monday) – Steve Azar
2001, Waitin’ on Joe
Country
The song talks about calling in sick on Friday so that they can have a three-day weekend.

It Sure Is Monday – Mark Chesnutt
1993, Almost Goodbye
Country
Everybody hates Mondays in their workweek and this song is a reflection of it.

Manic Monday – The Bangles
1986, Different Light
Pop
Did you know Price is the writer of this song?

Blue Monday – New Order
1983, New Order
Dance
The song was a link between Seventies disco and the dance/house explosion at the end of the Eighties.

Stormy Monday – The Allman Brothers Band
1971, At Fillmore East
Blues/Rock
The original name of the song is Call It Stormy Monday (But Tuesday Is Just as Bad) that was released in 1947 by T-Bone Walker.

Monday, Monday – The Mamas & The Papas
1966, If You Can Believe Your Eyes and Ears
Pop
The song is the group’s only number one hit on top of the U.S. Billboard Hot 100.