We thought about how great it would be to create a top 10 list songs or song lists about lists! Detailed-oriented people and also those that are well-organized love lists.

Whether it be on pieces of paper or post-it notes, lists are great reminders.  According to Webster, a list is a band or strip of material. 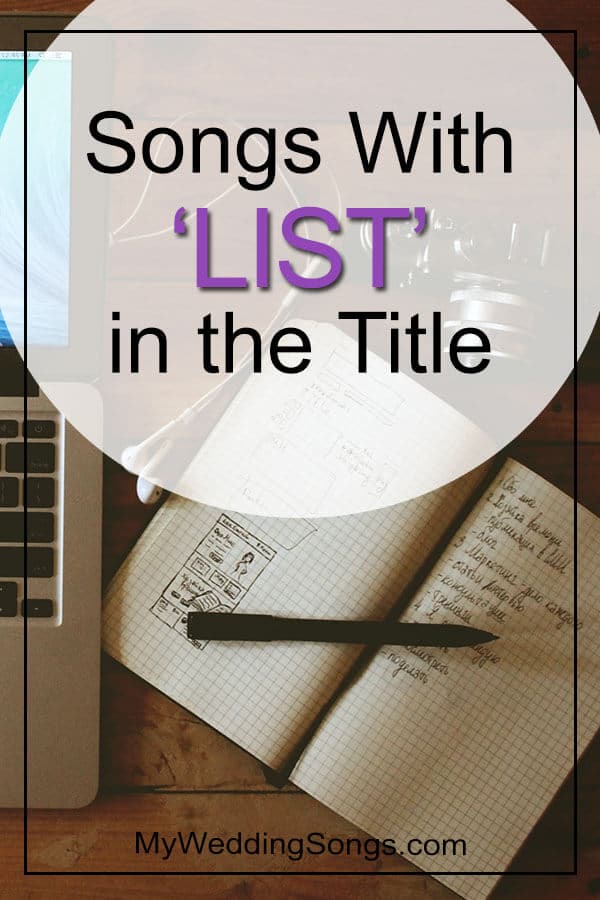 It may be hard to believe but it was difficult to find popular songs with the word list in the song title.

If you have a song that you think should be on the list, be sure to comment on it in the comments section at the bottom of the page. List-themed songs feature writing a list, people have lists, there’s a danger list, there are guest lists for events, people have worry lists, as the famous movie we should have a bucket list, lists have parts because they can be so big, we all have our own list, and there is a list of kisses.

List Of People (To Try And Forget About) – Tame Impala
2017, Currents B-Sides & Remixes

The Worry List – Blue October
2011, Any Man in America
Rock