All the top 10 hotel songs listed below have the word hotel in the song title. These songs would be great for hotel parties or hotel grand openings. 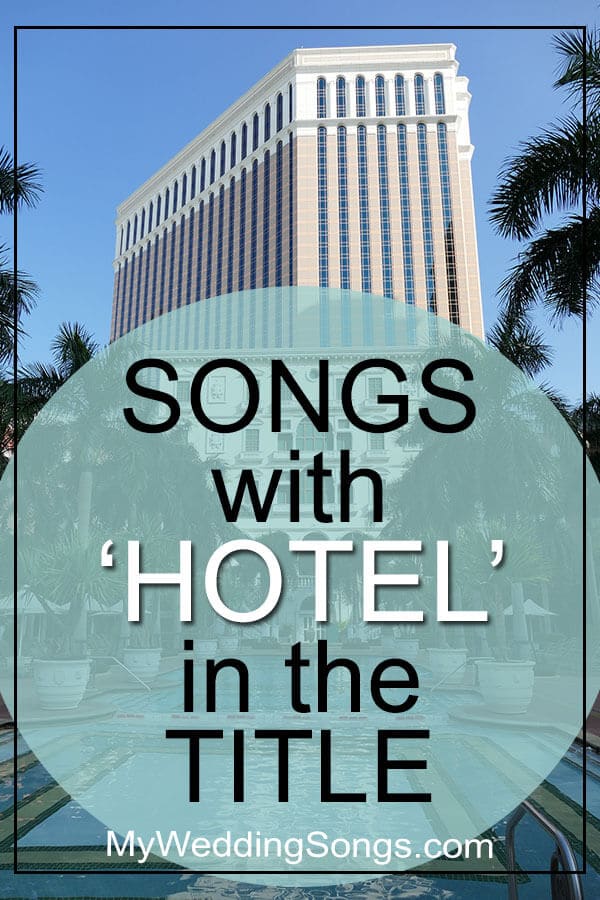 It is fun to look at the way a hotel song theme can be incorporated into a song. There are buffet hotels. There are heartbreaks that could fill a hotel. There is a hotel full of love and named hearts.

When times a not so good you could go to stay in a blue hotel. When you really have a good time in a hotel you can always go back to the hotel.

When you stay in a hotel and are very lazy and don’t want to leave the room to eat, you can call the hotel room service for your delicious meal.

And apparently, there are many hotels located in California.