Happy Songs List – Songs With Happy in the Title

What better way to spend a day than to be Happy? With the rise of the mega-hit Happy from the Movie Despicable Me 2, we just had to create a list of Happy songs. Being happy is what every person strives for on a daily basis.

The quote “Happy Happy Happy” is also a popular saying from the TV show Duck Dynasty by Phil Robertson. 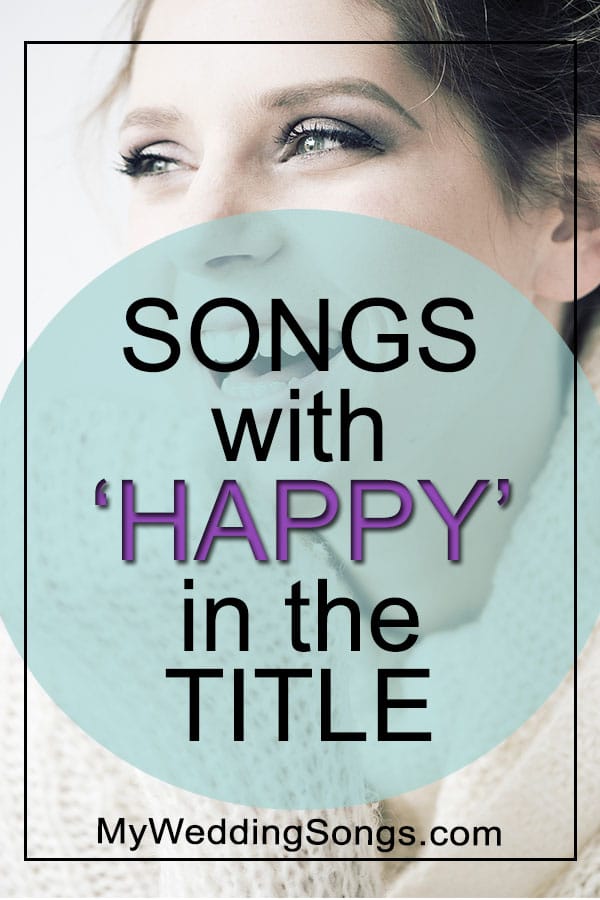 Check out our list below of happy songs. Each song will have the word happy in the song title. We are excluding all songs that reference a special holiday or Birthday that reference the word Happy.

Please see the other song lists we have that feature those special days.

#2 Happy – Pharrell Williams
Released in 2013
From Album Despicable Me 2 Soundtrack and G I R L
Genre: Soul and Funk

#5 Oh Happy Day – The Edwin Hawkins Singers
Released in 1968
From Album Let Us Go Into the House of the Lord
Genre: Gospel

#6 Happy Trails – Roy Rogers And Dale Evans
Released in 1952
The song was featured on their radio program.
Genre: Country

#7 Life’s A Happy Song – Mickey Rooney
Released in 2011
From Album The Muppets Soundtrack
Genre: Broadway
Featured in the Movie The Muppets

#8 You’ve Made Me So Very Happy – Blood Sweat & Tears
The song was originally released in 1967 by Brenda Holloway
Released in Blood, Sweat & Tears
From Album 1969
Genre: Jazz Rock

#9 My Happy Ending – Avril Lavigne
Released in 2004
From Album Under My Skin
Genre: Rock

#10 If It Makes You Happy – Sheryl Crow
Released in 1996
From Album Sheryl Crow
Genre: Rock

Happy Song – Bring Me the Horizon
2015, That’s The Spirit

Only Happy When It Rains – Garbage
1995, Garbage

If you have a favorite happy song not on our list, please share it below so that we can add it!