Father Songs List – Songs With Father in the Title

Popular Father Songs to celebrate Father’s Day. All of the songs listed have Father in the title of the song.

What better way to celebrate your father than to dedicate to him a father song that has a father in the song title? 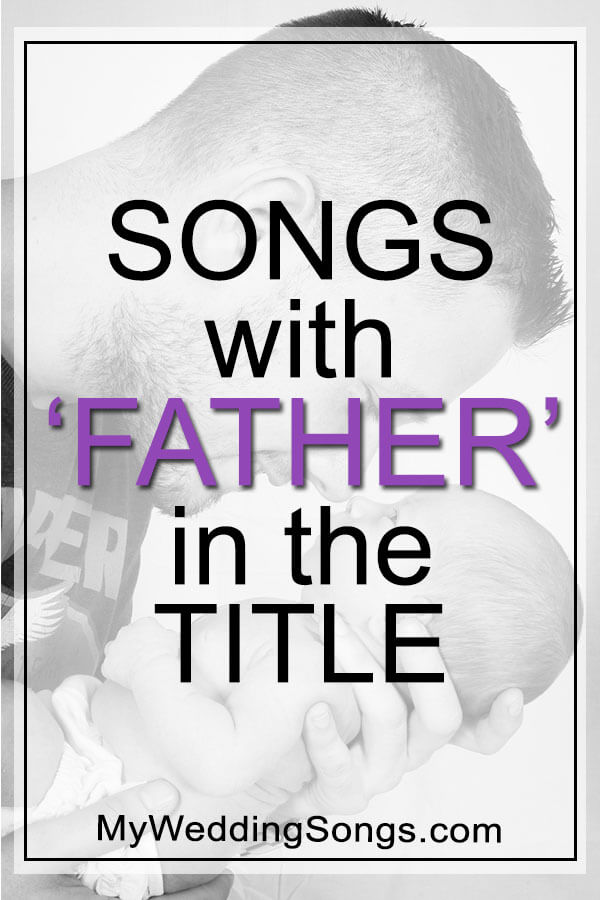 These songs all celebrate Fathers. If you think we should add a father song, be sure to add it in the comments section at the bottom of the page. If not, don’t make me call your father and tell on you!

The Father, My Son, And The Holy Ghost – Craig Morgan
2019, God, Family, Country

Heavenly Father – Bon Iver
2014, Wish I Was Here (Music From The Motion Picture)

Dance With My Father – Celine Dion
2008, My Love: Essential Collection

Father Can You Hear Me – Tyler Perry
2005, Tyler Perry’s Diary of a Mad Black Woman