27 Best Fear Songs – Songs With Fear In The Title

As Franklin D. Roosevelt said, “The only thing we have to fear is fear itself”.

Step outside the box no matter your fear and overcome it. 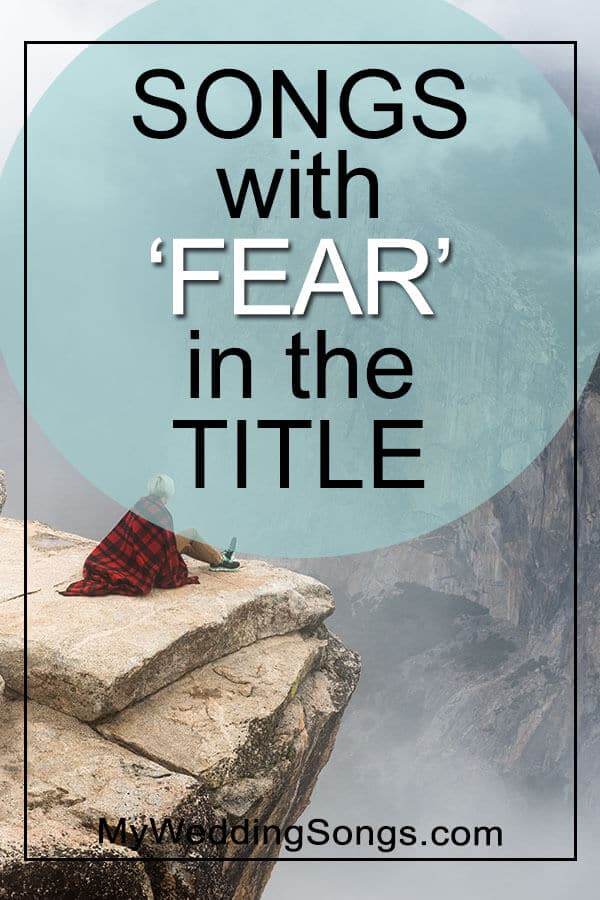 Other common fears include terrorist attacks, war, death, and failure.

We all have fears. The biggest challenge is to overcome them.

Fear only inhibits people and halts them from being the person they can become in their lives. Step back and live your life as you wish. Fears are only in your mind and don’t define a person! Cowboy up.

Whom Shall I Fear [God of Angel Armies] – Chris Tomlin
2013, Burning Lights

No Fear – Fishbone
1993, Give A Monkey A Brain And He’ll Swear He’s The Center Of The Universe

Fear Of The Dark – Iron Maiden
1992, Fear of the Dark
Heavy Metal

The most popular music band with fear in its name is Tears For Fears. Their hits include “Everybody Wants To Rule The World” and “Shout”.

Have a great fear song to add to the list?  Please share below so that it can be added!