25 Best Dying Songs – Songs With Dying in the Title

Our goal in making a list of the top 10 dying songs was to celebrate life. Our top two songs have titles like living like you were dying and live like we’re dying. These two songs are highly successful on mainstream radio. 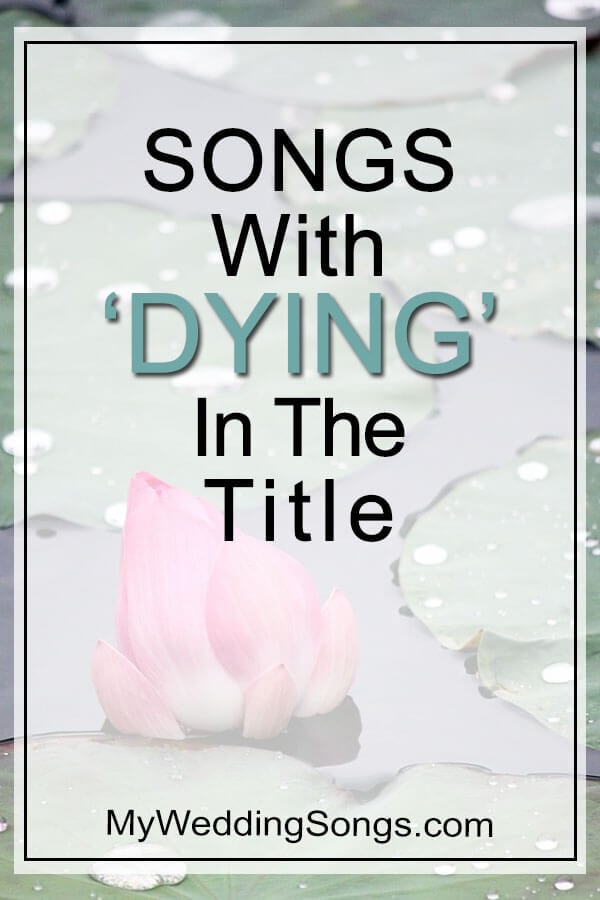 There are other uses of the word dying in our song list. However, we must state that people must try to live life to the fullest. There is always someone who is worst off than us. We must be thankful for what we have when we have it. When someone is dying or even our pet, it is a time of sadness.

However, we must remember the good times and help ourselves and the person dying to be as happy as possible – no matter what we believe after death.

Someone Worth Dying For – Mikeschair
Released in 2011
Genre – Christian

Dying In Your Arms – Trivium
Released in 2005
Genre – Heavy Metal

Nothing Short Of Dying – Travis Tritt
Released in 1992
Genre – Country