Drink Songs List – Songs With Drink in the Title

Going to a party and looking for some songs to celebrate your specialty drinks? Check out our list of the top 10 drink songs. It doesn’t matter what you drink. It can even be ice-cold water or a glass of chocolate milk.

However, it can also be alcoholic drinks like beer, wine, and mixed drinks.

It is a bit ironic that most songs listed below are from two music genres – hip hop and country. 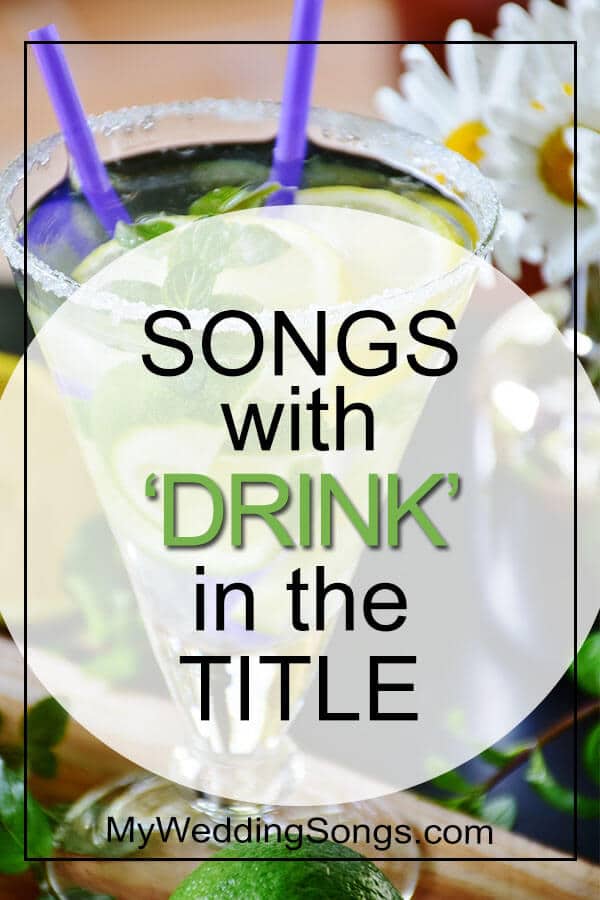 If you like drinking games, you could take a drink every time the word drink is heard in one of the songs below.

The best part is that because the word drink is in the title, rest assured you will hear it in the chorus. Enjoy our list of drink songs.

#10 Me and My Drank – Greg Street featuring Short Dawg and LiL’ Wayne
2010, Sounds From The Street Vol 8
Hip Hop

Reasons I Drink – Alanis Morissette
2020, Such Pretty Forks in the Road

Why We Drink – Justin Moore
2019, Late Nights And Longnecks

Drink to That All Night – Jerrod Niemann
2014, High Noon

I Like Girls That Drink Beer – Toby Keith
2012, Hope on the Rocks

Don’t Drink The Water – Brad Paisley
2011, This Is Country Music

She Only Smokes When She Drinks – Joe Nichols
2002, Man with a Memory

I Think I’ll Just Stay Here And Drink – Merle Haggard
1980, Back to the Barrooms