Dress Songs List – Songs With Dress in the Title

Why in the world would we create a list of the top 10 dress songs? It is because women like to look beautiful. They play dress-up when they are little girls.

The most thought about clothing for all girls and women is the wedding dress. Why do you think there are many wedding dress TV shows about wedding dresses like Say Yes To The Dress and I Found The Gown.

Did you know that March 9 is Dress Day? 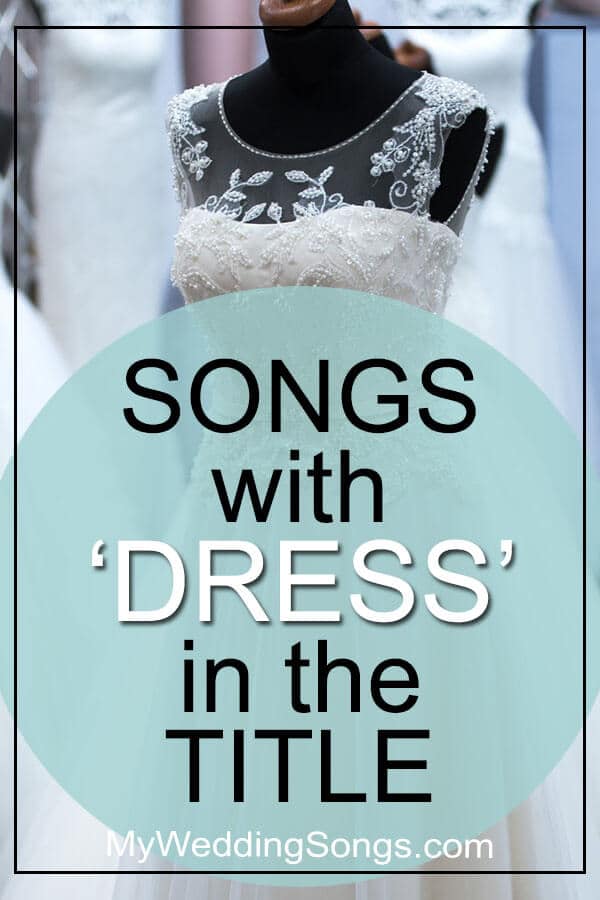 We tried to include different music genres on our list including many pop songs, Hip Hop, Rock, and Country. Our number one songs date back to 1972 but go until today. Dress On was just released and will most likely work its way up into the top five songs.

Speaking of wedding dresses, check out “Wedding Dress” by Matt Nathanson for brides-to-be celebrating a bachelorette party, a wedding dress fitting session, or even the first time the father of the bride sees the bride in her wedding dress.

The Dress Looks Nice on You – Sufjan Stevens
2004, Seven Swans

Dress Sexy At My Funeral – Smog
2000, Dongs Of Sevotion

Devil With The Blue Dress On – Mitch Ryder And The Detroit Wheels
1966, Breakout…!!!

If you have a favorite dress song not on our list, be sure to share it below so that we can add it.