18 Best Bridge Songs – Songs With Bridge in the Title

Help celebrate bridge opening and bridge celebrations with this list of bridge songs. A great way to celebrate visiting bridges.

The most popular and recognizable bridge in America is the Golden Gate Bridge located in San Francisco Bay.

The London Bridge in Lake Havasu, Arizona. The bridge originated in London and is the bridge that made the song “London Bridge Is Falling Down” popular.

On the east coast, we must mention Boston, Massachusetts’ bridge Leonard P. Zakim Bunker Hill Bridge over the Charles River. 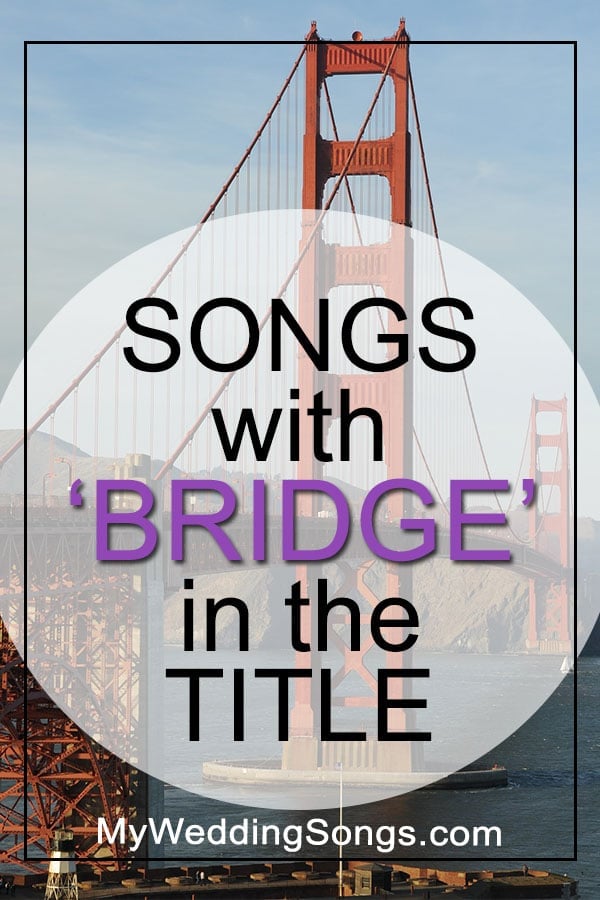 Also on the east coast, there is Virginia Beach, Virginia’s Chesapeake Bay Bridge-Tunnel. The bridge stretches more than 17 miles and built for transportation between Maryland, Delaware, and Virginia.

The final bridge we will mention is the Sunshine Skyway Bridge located in St. Petersburg, Florida. The bridge features sunny yellow steel cables. Although it is not technically a bridge but a walkway, we also had to mention the Grand Canyon Skywalk Glass “Bridge” located at the Grand Canyon Hualapai West entrance.

Can you believe that they actually have a bridge day? Yes! For more information, check out the website: http://www.officialbridgeday.com.

Brooklyn Bridge To Chorus – The Strokes
2020, The New Abnormal

The Bridge – Meadow Mountain
2019, The Bridge

If you have a favorite bridge song not on our list, please share it below so that we can add it.