?28 Best Arm Songs – Songs With Arm in the Title

There are many themes with the use of arms in a song. 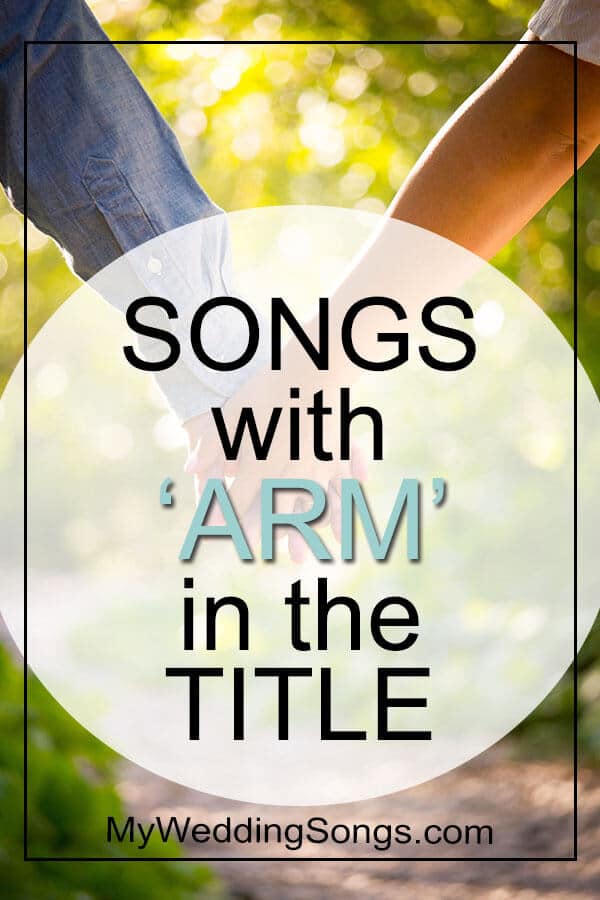 This list is for all the doctors in the world that work on broken arms and try to mend them. Or maybe you just need a big hug with arms wrapped around you?

Maybe you have another use for this list? Please let us know!

I disappear in your arms – Christine and the Queens
2020, La vita nuova

Even the Darkness Has Arms – The Barr Brothers
2014, Sleeping Operator

In Your Arms – Kina Grannis
2010, Stairwells

Dying In Your Arms – Trivium
Release in 2005
Genre – Heavy Metal

Hold You In My Arms – Ray LaMontagne
2004, Trouble

Right Here In My Arms – HIM
1999, Razorblade Romance

If Ever You’re In My Arms Again – Peabo Bryson
1984, Straight from the Heart

Have a favorite ARMS song, not on our list? Be sure to share it below so that we can add it!