?36 Best American Songs – Songs With American in the Title

This list of songs is for all the people who are proud to be American. An American is a citizen of the United States of America – within the fifty States. Showing our pride in the U.S.A. is our latest top 10 song list.

Below is a list of the top 10 American songs. All of the songs have the word American in the song title. 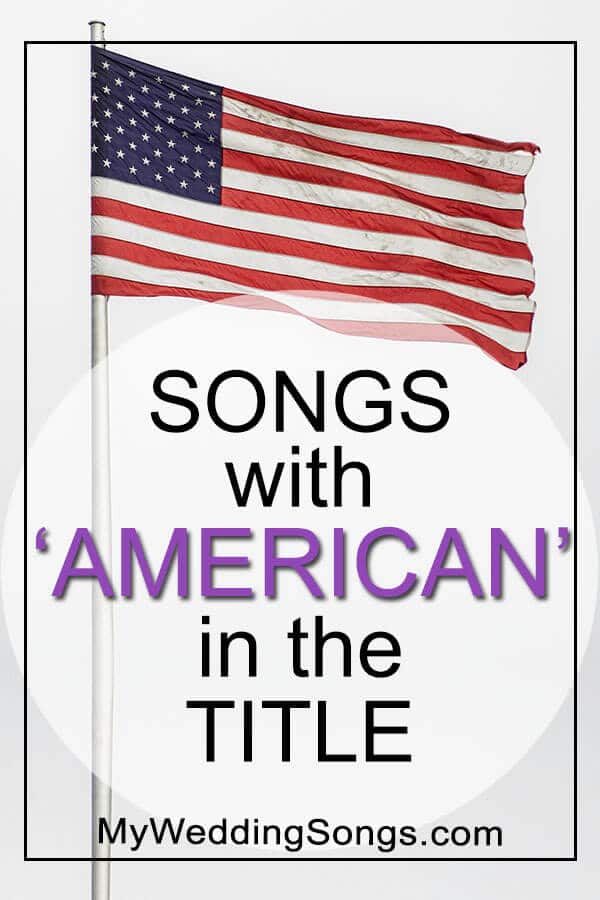 If you are looking for American songs to celebrate American holidays like the Fourth of July, Presidents’ Days, Memorial Day, Labor Day, and the like, then you have come to the right place!

American Stooge – Mary Chapin Carpenter
2020, The Dirt and the Stars

So American – Portugal. The Man
2011, In the Mountain in the Cloud

Musicians have also used the word American in their names. Examples include The All-American Rejects, American Authors, and American Hi-Fi.

Do you have a favorite song with American in the title not listed above?  Please share the song below so that we can add it!