Note Songs List – Songs With Note In The Title

Thank You Note Day is an annual holiday celebrated the day after Christmas – December 26th. What a great day to pick to write thank you notes or cards.

The day after receiving all the presents during the Christmas celebration. No, not everyone celebrates Christmas. However, people can still write thank you notes for presents received during the year for celebrations including birthdays, weddings, anniversaries, and much more. 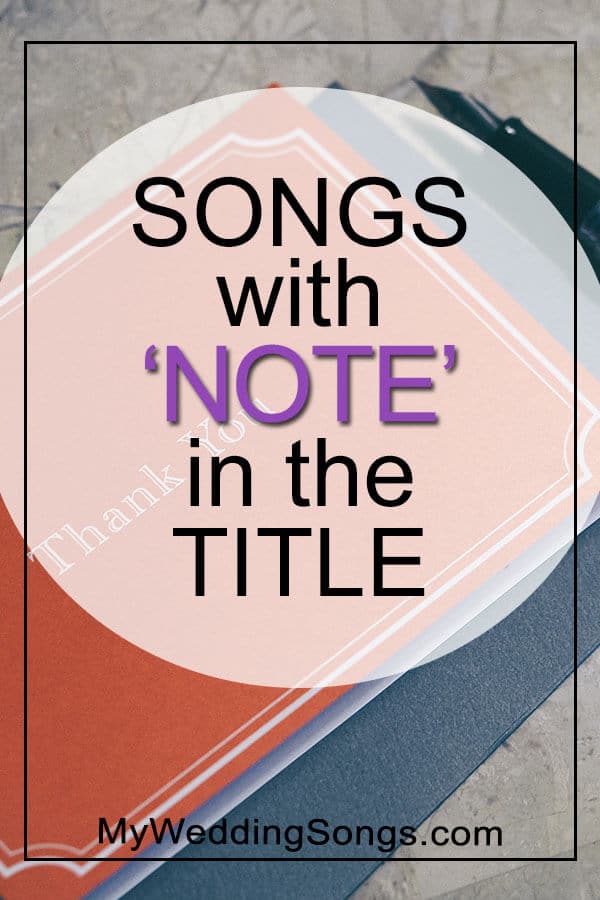 In the digital age, it is much more personal to send a hand-written thank you addressed to a specific person. It doesn’t even have to be a gift. Maybe they helped you out throughout the year like the trash men, postal workers, paperboys, and the like.

Enjoy our list of note songs. They are very special as each song has the word note in the song title!

The First Note Is Silent – High Contrast
2012, The Agony & The Ecstasy

Have a favorite song with the word note in the title that is not on our list?  Please share it below so that we can add it!