30 Best Radio Songs – Songs With Radio in the Title

Updated on September 8, 2022 | Written by Matthew Campbell (Editor of My Wedding Songs and veteran DJ)

The radio was the major vehicle for music. Then, came the radio followed by a video on the TV. Radio has been a focal point to be “known” as music artists for years.

However, the medium has changed a bit but there are still “radio stations” on Sirius and Pandora. Radio music countdowns have been part of radio history including Dick Clark, Casey Kasem, and Crook & Chase.

Plus, National Radio Day is celebrated each year on August 20 to play radio songs! 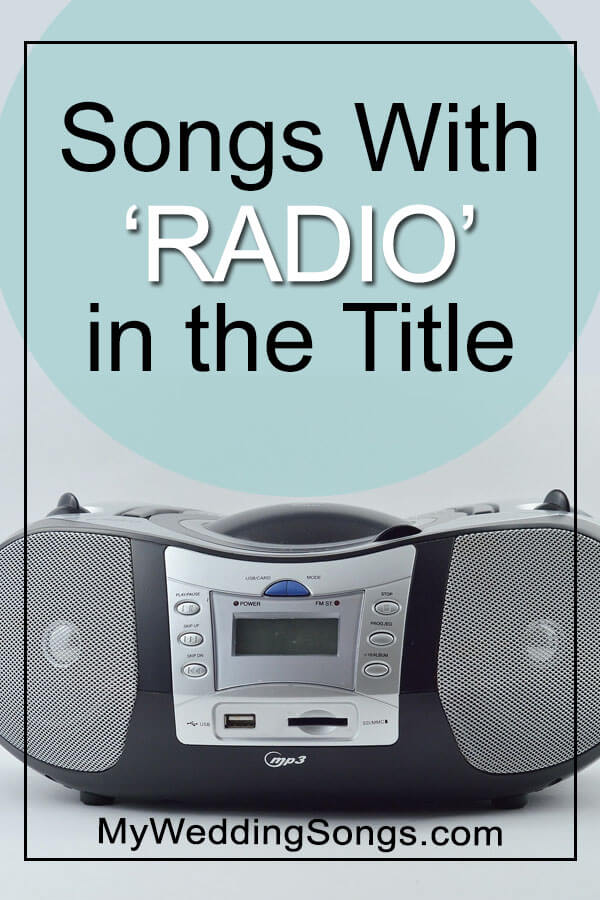 Christmas on the Radio – Runaway June
2020, When I Think About Christmas – EP

Turn On The Radio – Reba McEntire
Released in 2010
Album: All the Women I Am
Genre: Country

Static on the Radio – Jim White
2004, Drill a Hole In That Substrate and Tell Me What You See

AM Radio – Everclear
2000, Songs from an American Movie Vol. One: Learning How to Smile

There Ain’t Nothin’ Wrong with the Radio – Aaron Tippin
1992, Read Between the Lines

Turn Up The Radio – Autograph
Released in 1984
Album: Sign in Please
Genre: Rock

On The Radio – Donna Summer
Released in 1979
Album: On The Radio: Greatest Hits Volumes I & II
Genre: Disco

Do you have a favorite song with the word radio in the title, not on our list?  Please share the song below so that we can add it!