32 Best Moon Songs – Songs With Moon in the Title

We don’t think there is a set day for National Howl At The Moon Day on an annual basis. It always seems to be around Memorial Day (September/October timeframe).  For organizers in the future, we highly suggest making the day a full moon day.

You can also play moon songs on Moon Day celebrated on July 20. 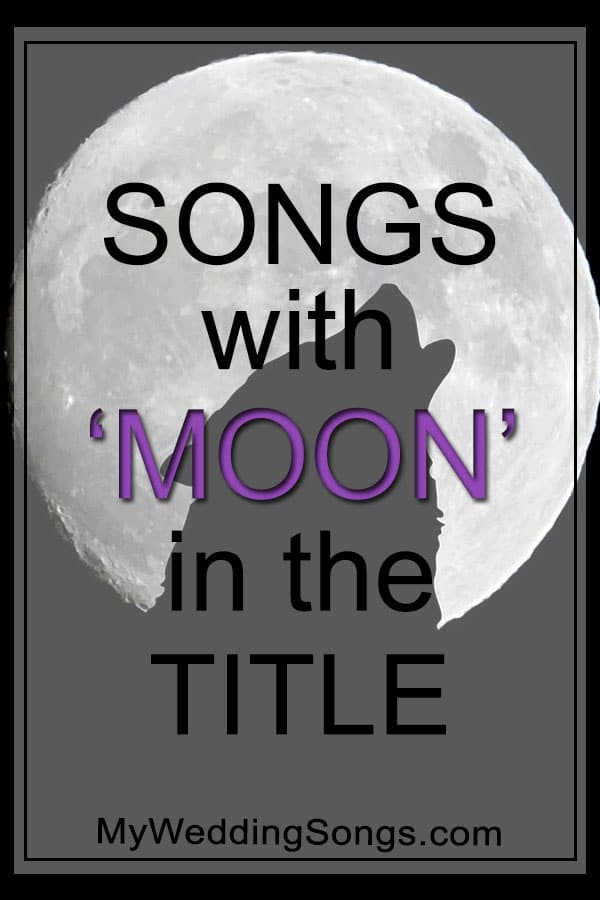 Footprints on the Moon – Tracy Lawrence
2013, Headlights, Taillights and Radios

Man On The Moon – Phillip Phillips
2012, The World from the Side of the Moon

Goodnight Moon – Shivaree
1999, I Oughtta Give You A Shot In The Head For Making Me Live In This Dump

Rope The Moon – John Michael Montgomery
1994, Kickin’ It Up

Bark At The Moon – Ozzy Osbourne
1983, Bark at the Moon
Rock

Shame On The Moon – Bob Seger & The Silver Bullet Band
1982, The Distance
Rock

Walking On The Moon – The Police
1979, Reggatta de Blanc
Rock

Fly Me To The Moon – Frank Sinatra
1964, t Might as Well Be Swing
Jazz

If you are looking for an album with noon in the title, we must mention this album as it is one of the greatest albums of all time!
The Dark Side of the Moon – Pink Floyd
1973

Have a favorite moon song, not on our list? Please share it below so that we can add it!