35 Best Morning Songs – Songs With Morning in the Title

Morning as the sun rises before it becomes Noon. Morning celebrates the coming of the sun. Mornings are celebrated as a new day and a new beginning. A morning can typically be started as early as the clock strikes 12 a.m – when midnight comes to an end.

A meal in the morning is considered breakfast. The most common breakfast foods include bacon, eggs, cereal, oatmeal, and even cold pizza. 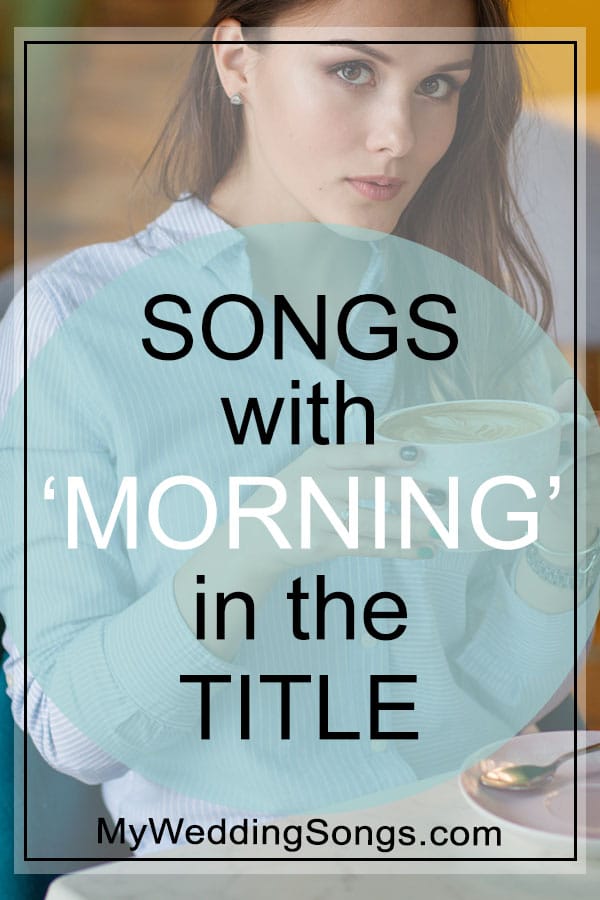 When thinking of a morning, many people awake from the sound of an alarm clock (music or buzzer). Another noise to start the day common in American folklore is the sound of a rooster. Many people start the day with the morning news or entertainment gossip through local news or TV shows like Good Morning America.

What are other popular phrases associated with mornings? Morning sickness, morning sunrise, and Tuesday Morning.

Good Morning – Mandisa Feat. Toby Mac
2011, What If We Were Real

4 In The Morning – Gwen Stefani
Released in 2007 on album The Sweet Escape
Genre: Pop

I May Hate Myself In The Morning – Lee Ann Womack
2005, There’s More Where That Came From

Pure Morning – Placebo
1998, Without You I’m Nothing

Amarillo By Morning – George Strait
Released in 1983 on album Strait from the Heart
Genre: Country

When the Morning Comes – Hall and Oates
1973, Abandoned Luncheonette

Morning Has Broken – Cat Stevens
Released in 1971 on album Teaser and the Firecat
Genre: Folk

Have a favorite morning song, not on our list?  Please share your song below so that it can be added!