A great way to spend a Mayday outside is to pick strawberries. That’s why organizers created and designated May 20 as Pick Strawberries Day.  Many cities can turn the day into a day of strawberry pie-eating contests and games around the fruit.

In the USA, depending on which part of the country you are in, strawberries are picked from late March through late June. Don’t forget to jar your own strawberry jam too!

What’s great is February 27 is Strawberry Day! Now you have a day to pick and eat Strawberries. 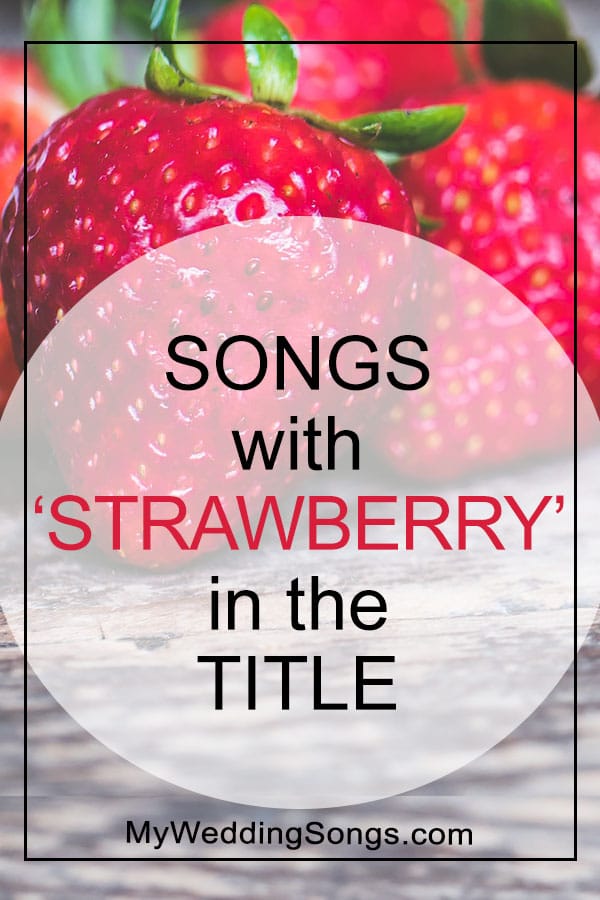 Why not celebrate Pick Strawberries Day by playing songs with Strawberry in the song title? Well, we can help. Enjoy our list of Strawberry songs.

Strawberry Bubblegum – Justin Timberlake
Released in 2013
On Album The 20/20 Experience
Genre: Pop
The song has a sexual plot with lines like “If you’ll be my strawberry bubblegum, I’ll be your blueberry lollipop”.

Strawberry Swing – Frank Ocean
Released in 2011
On Album Nostalgia, Ultra
Genre: R&B
The original release of this song was by Coldplay.

Strawberry Swing – Coldplay
Released in 2009
On Album iva la Vida or Death and All His Friends
Genre: Rock

Strawberry Wine – Deana Carter
Released in 1996
On Album Did I Shave My Legs for This?
Genre: Country
The song describes a girl when she lost her innocence.

Strawberry Letter 23 – The Brothers Johnson
Released in 1977
On Album Right on Time
Genre: R&B
The song reached number five on the Billboard Hot 100.

Strawberry Fields Forever – The Beatles
Released in 1967
Song released as a Single
Genre: Rock
The song references a time in the past in Liverpool about a Salvation Army children’s home and the happenings around it.

We also have to mention musicians that have the word Strawberry in their names like Strawberry Alarm Clock and Strawberry Switchblade.

Have a favorite song with strawberry in the title, not on our list?  Please share it below so that the song can be added.