?29 Best Letter Songs – Songs With Letter In The Title

December 7 is Letter Writing Day. Celebrate the day by not only writing a letter but also by playing our list of letter songs. All of the songs listed have the word letter in the song title. How many people actually write a letter in the age of technology? 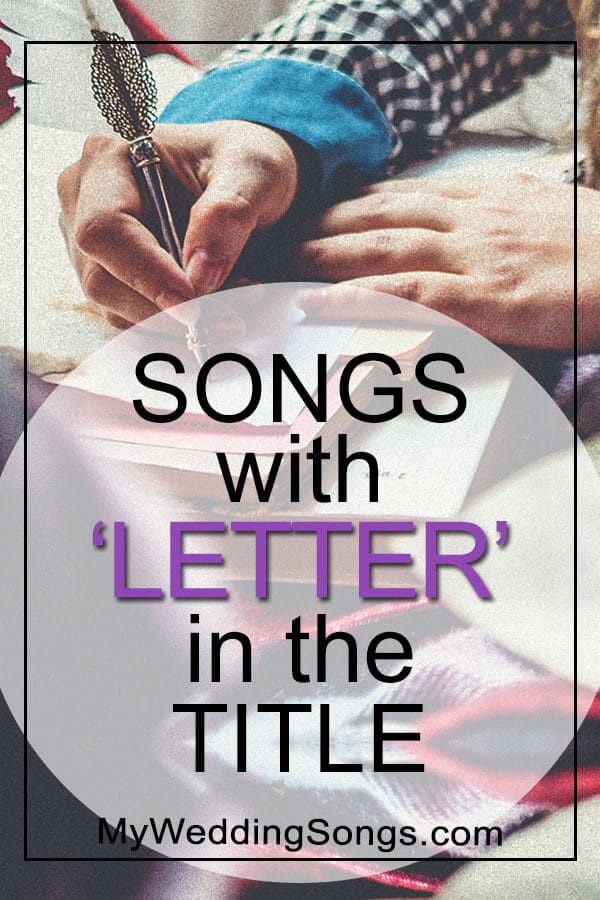 With the use of texts, emails, and conversations through social media, there really isn’t any art in the process of writing a letter. Besides, most people today want instant gratification. There is no instant in writing a letter, putting the letter in the mail, and then waiting a few days for delivery to the recipient.

Love Letters to God – Nahko And Medicine For The People
2019, HOKA

Letters From Home From The Garden Of Stone – Everlast
2008, Love, War and the Ghost of Whitey Ford

Letter To Me – Brad Paisley
Released in 2007
Genre – Country

Write Me A Letter – Aerosmith
Released in 1973
Genre – Rock

Take A Letter Maria – R.B. Greaves
1969, The Adventures of Priscilla, Queen of the Desert

Even though the song does not have the word letter in the song title, we felt obligated to mention the song “Return To Sender” by Elvis Presley. It is a theme-specific to writing a letter.

Have a favorite letter song, not on our list? Please share it below so that we can add it!