31 Best Start Songs – Songs With Start in the Title

Wanna start a new project or get a project done? Check out our song list of Start Songs. Start songs also signify a new beginning – out with the old and in with the new. Similar words used for start include takeoff, begin, and embark.

The word start is also commonly used with other words to create common phrases such as fresh start, head start, start from scratch, start with a bang, and false start. 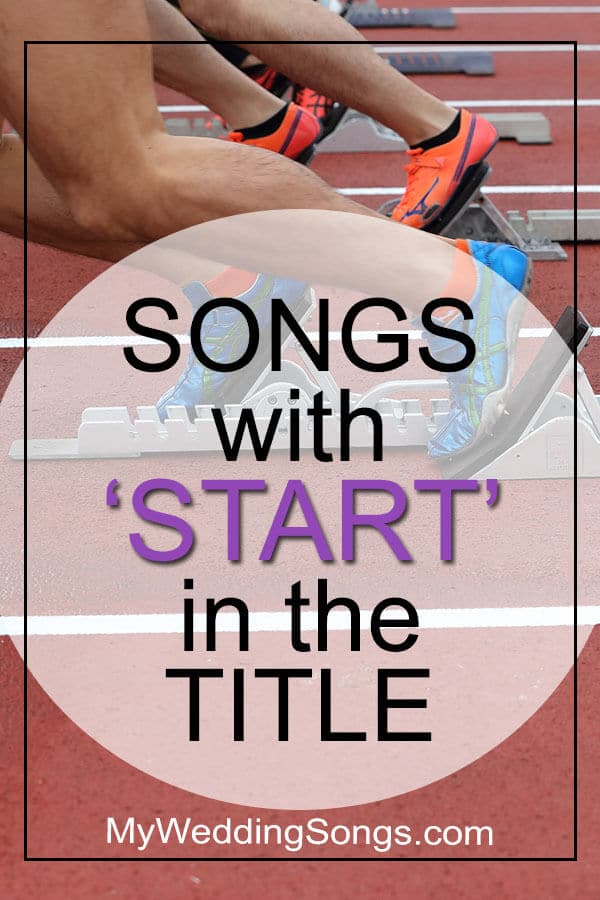 Let’s get started on the right foot. Each start song below has the word start in the song title. Enjoy our list of top 10 start songs, and more.

Start a Riot – Duckwrth & Shaboozey
2018, Spider-Man: Into the Spider-Verse Soundtrack

Start of Something Good – Daughtry
2012, Break the Spell
Rock

No Good (Start The Dance) – The Prodigy
1994, Music for the Jilted Generation

Don’t Let Our Love Start Slippin’ Away – Vince Gill
1992, I Still Believe in You

We Didn’t Start the Fire – Billy Joel
1989, Storm Front
Rock
This song gave a history lesson to many American kids. The song noted many historical events during Billy’s lifetime from 1949 until the song was written in 1989.

Start Me Up – The Rolling Stones
1981, Tattoo You
Rock
This song is played at the beginning of man sporting events such as just before the first jump ball at a basketball game or just before the kickoff at a football game.

Do you have a favorite start song, not on our list?  Please share it below so that the song can be added!