?35 Best Late Songs – Songs With Late In The Title

Be Late For Something Day is celebrated every year on September 5th. Everyone is always late for some meeting or work at one point in their life. Here is a list of all the people who are fashionably late for most of their lives. 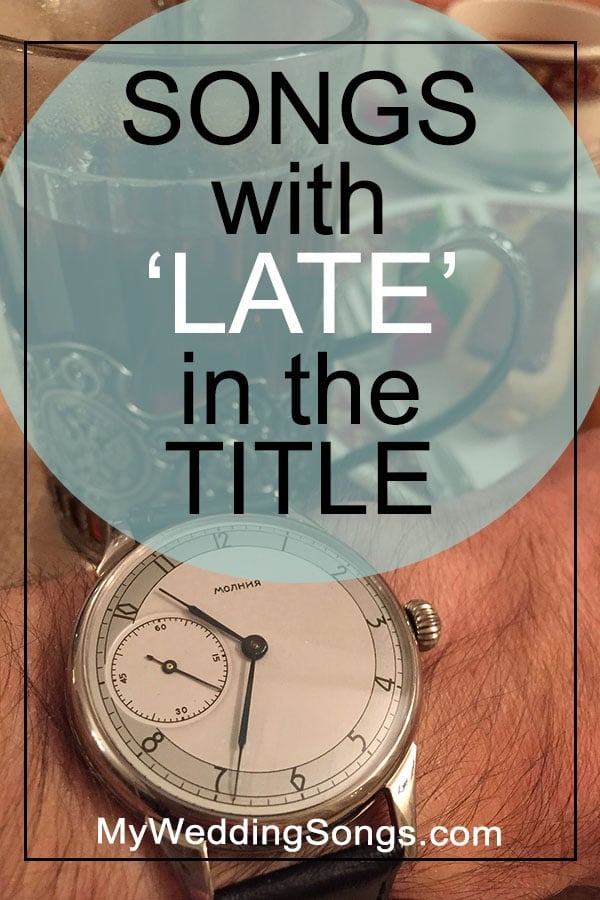 I wonder why they made September the month to be late for something. Is it because it’s the end of summer and the beginning of fall? Is it too late to vacation because the kids are back in school? Curiosity gets the best of us here as to the date.

If you have a song we should add, be sure to comment at the bottom of the page.

It’s A Little Too Late – Tanya Tucker
1993, Can’t Run from Yourself
Country

Too Late To Cry – Alison Krauss
1987, Too Late to Cry
Country

One Promise Too Late – Reba McEntire
1986, What Am I Gonna Do About You

Too Much, Too Little, Too Late – Johnny Mathis with Deniece Williams
1978, You Light Up My Life

Have a song with late in the title that is not on our list?  Please share it below so that it can be added!