28 Best Survive Songs – Songs With Survive In The Title

National Cancer Survivors Day is celebrated on the first Sunday in June. However, some communities choose a different day for their local celebration. The day is a day to get in touch with those touched by cancer and offer your support.

Some 14 million people in America are considered cancer survivors. 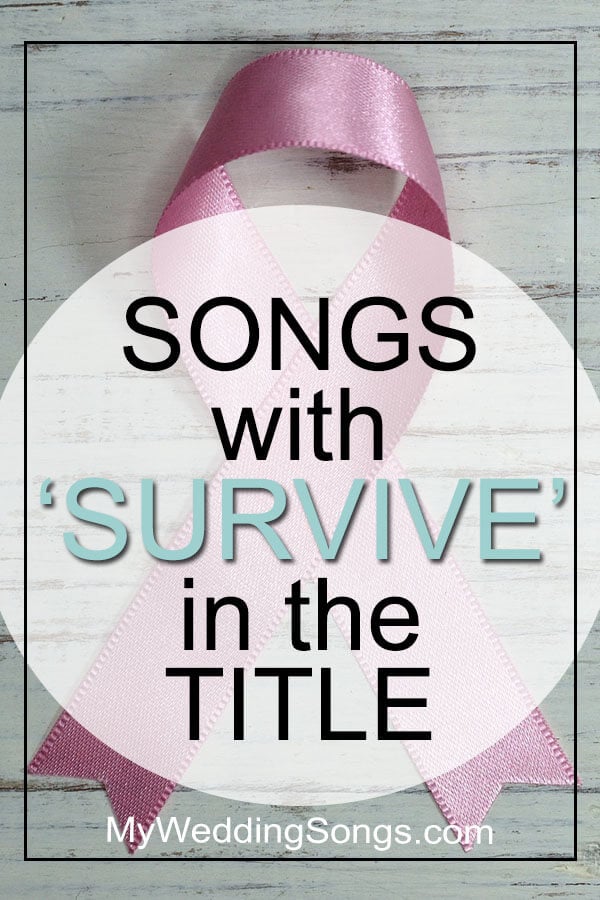 We would like to empower cancer survivors with a list of songs that have the word survive in the song title. Yes, you can and will survive any obstacle put in your way.

I Will Survive – Scary Pockets
2019, Off Center

Who Will Survive In America – Kanye West
Released in 2010
On Album My Beautiful Dark Twisted Fantasy
Genre: Hip Hop
The song tells a story of African-American life and the pursuit of the American dream.

Survive – Rise Against
Released in 2006
On Album The Sufferer & the Witness
Genre: Punk Rock
Rise against is an American punk band originating from Chicago, IL.

I Will Survive – Cake
Released in 1996
On Album Fashion Nugget
Genre: Rock
See song #1 for the original.

A Country Boy Can Survive – Hank Williams Jr.
Released in 1982
On Album The Pressure Is On
Genre: Country
The song was re-written to America Will Survive after the events of 9/11.

Only The Strong Survive – Elvis Presley
Released in 1969
Genre: Rock
See song #5 for the original.

Only the Strong Survive – Jerry Butler
Released in 1968
On Album The Ice Man Cometh.
Genre: R&B
The song was Jerry Butler’s highest charting song at number four on the Billboard Hot 100.

Do you have a favorite song with survive in the title, not on our list?  Please share your song below so that we can add it!