28 Best Fish Songs – Songs With Fish In The Title

June 18 every year is celebrated as Go Fishing Day. We sponsor the day with a list of Top 10 Fish songs. All of the songs listed have the word fish, fishing, or fishin’ directly in the song title. 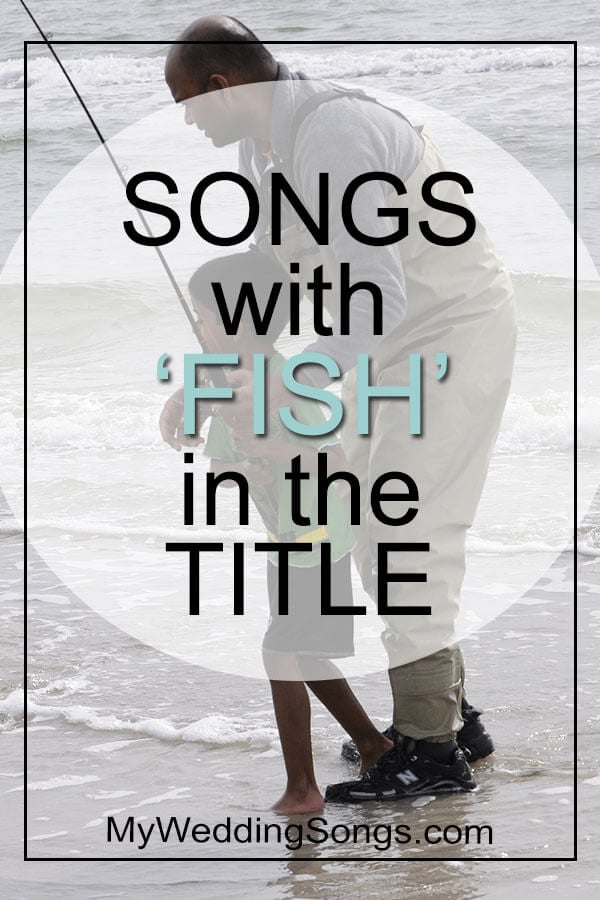 Fishing in most cases involves catching fish with a rod and reel. While time is spent waiting for the fish to eat the bait, many fishermen take the time for reflection. So, while you are driving to your favorite fishing hole or while you wait for the fish to bite, enjoy our list of fishing and fish songs.

So Long, And Thanks For All The Fish – A Perfect Circle
2018, Eat The Elephant

Just Fishin’ – Trace Adkins
Released in 2011 on album Proud to Be Here
Country
The song is a story of a father who is fishing with his daughter. It is a common song at weddings for the father-daughter dance song.

Fishin’ In the Dark – Nitty Gritty Dirt Band
Released in 1987 on album Hold On
Country
The song reached number one on the Billboard Hot Country 100 song chart.

The Fishin’ Hole – Andy Griffith
Released in 1960
The song is the opening theme song for the Andy Griffith Show. The original was composed by Earle Hagen and Herbert Spencer.
Country

Do you have a favorite song that has fish or fishing in the title, not on our list?  Please share your song below so we can add it!