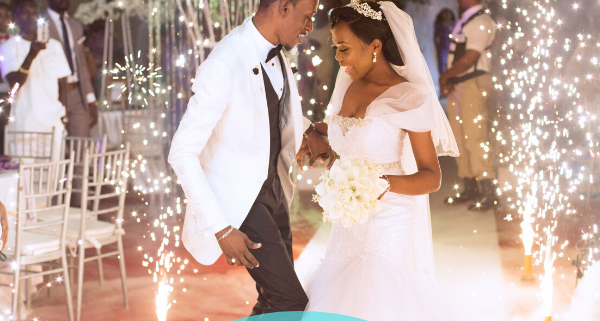 Decembers are known for a flood of newly released holiday songs. The release of new wedding songs is typically down because of the focus of the Christmas songs. However, we still created a list of a few of the new wedding songs of December 2019. 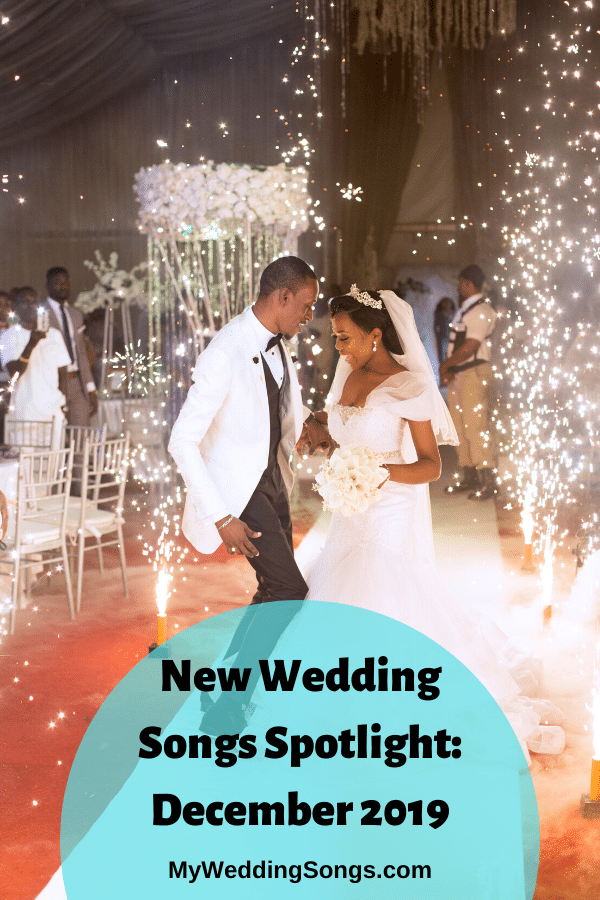 A Hundred Years
Russell Marrs
(December 27, 2019)
A beautiful Pop love song story made for your wedding with a guy and a guitar.

All Me
Kehlani feat. Keyshia Cole
(December 23, 2019)
A mid-tempo R&B song to add to your background song list that will have guests grooving right along with the song.

Letter To My Daughter
Quando Rondo
(December 23, 2019)
A special dedication from a new father to his daughter. A great Hip Hop Father-Daughter dance song.

I Don’t Want to Miss a Thing
The Stories feat. Casey Abrams
(December 20, 2019)
A cover of a classic rock love song. Everyone will know this song but put it to a Fold twist.

Flirtin’ w / Forever
Wayne Brady feat. Cat Gray
(December 18, 2019)
One of the stars of Whose Line Is It Anyway? releases his very own smooth R&B song perfect for a mid-tempo wedding song for dinner music or choreographed first dance song.

Just the Way
Parmalee & Blanco Brown
(December 13, 2019)
Another Country Hip Hop merge that creates a wedding song that will have guests tapping their feet and singing along.

i don’t wanna know
GOLDHOUSE and Mokita
(December 13, 2019)
A dance remix of this song would be a fantastic party song to get guests on the dance floor with the right message.

Nobody But You
Blake Shelton Duet with Gwen Stefani
(December 13, 2019)
Two superstars from the TV show The Voice collaborated for the perfect first dance song to celebrate your new life together.

You Have Stolen My Heart
Brian Fallon
(December 10, 2019)
A Folk song that will not be played at every wedding that you could call your own to add to your playlist.

Put a Little Love On Me
Niall Horan
(December 6, 2019)
Niall continues his success after One Direction with this ballad with a message your couple plays for your first dance or cake cutting song.

Adore You
Harry Styles
(December 6, 2019)
Another former member of One Direction released a mid-tempo song to add to your wedding playlist.

Finally // beautiful stranger
Halsey
(December 6, 2019)
A bit melancholy tone but love the message in this song and you could add as background song or a modern ballad during dancing.

Forever Young
Andrea von Kampen
(December 4, 2019)
Originally produced by Rod Stewart but Andrea put her own unique voice to it. The song makes for a special moment for the In-Law dance song.

Hey Boy, Hey Girl
Upchurch & Katie Noel
(December 3, 2019)
A bit different for a wedding song but tells a story of a love relationship. If you are looking for a unique Country wedding song, then check out this song.

Homesick (First Dance Version)
Kane Brown
(December 2, 2019)
Just as Taylor Swift did last month, Kane released a version of a song as a First DAnce remix. This remix could tell your story for a first dance.