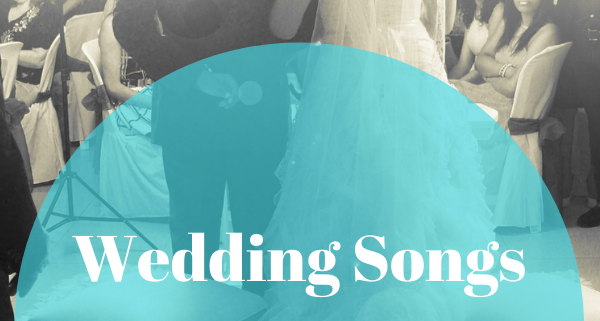 2012 has proven itself to be one of the best years for modern wedding songs. This list of 2012 wedding songs includes performances by Hunter Hayes, Carly Rae Jepsen, Florida Georgia Line, and other stars of the decade. 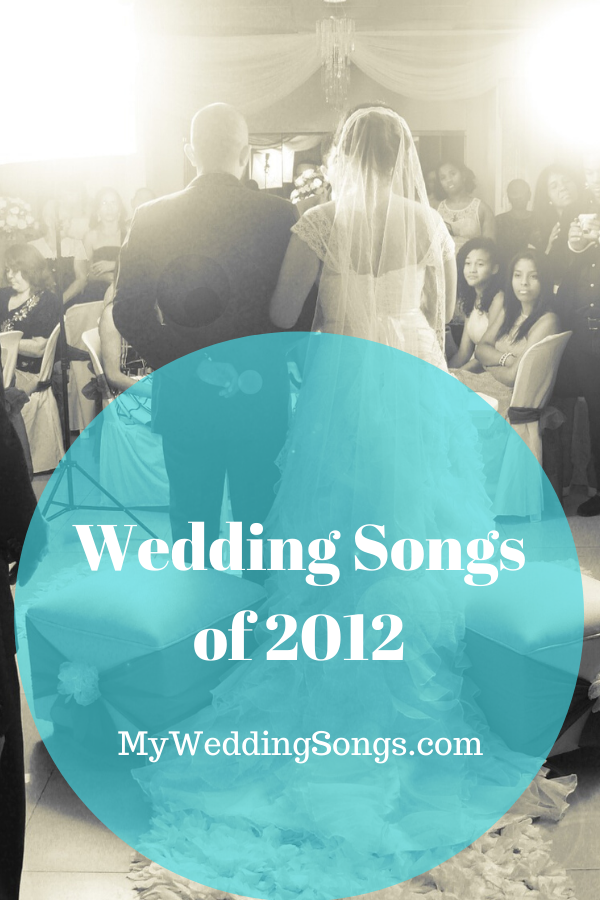 Call Me Maybe – Carly Rae Jepsen
February 2012, Curiosity
Carly Rae Jepsen scored a big hit with this pop tune in 2012, a song that appeals to individuals young and old. The theme of the song is related to falling in love, and using this song for wedding reception dancing will inspire guests to participate and sing along.

Hey, I just met you, and this is crazy
But here’s my number, so call me maybe

Good Feeling – Flo Rida
July 2012, Wild Ones
Flo Rida can bring the dance groove all newlyweds want to have at the party after their wedding, and this song from 2012 can be used to kick off the reception when the happy couple makes their entrance. It works just as well when played during the send-off at the end of the night.

Gotta love the life that we livin’
Let’s get it, let’s get it
I know you got the good feelin’

I Won’t Give Up – Jason Mraz
January 2012, Love Is a Four-Letter Word
Promise and devotion are the main themes of this ballad from Jason Mraz, a song in which a man vows to love his partner through all the ups and downs of life. The lyrics and music have made this a song which many wedding couples select as their first dance song.

Well, I won’t give up on us
Even if the skies get rough
I’m giving you all my love

Ho Hey – The Lumineers
June 2012, The Lumineers
This song by The Lumineers has a catchy but simple hook that people can’t stop singing, and that makes it a popular choice as an alternative wedding march. Some brides choose to have this versatile love song played as the wedding party is entering the chapel, and it can also provide a soundtrack for the recessional.

Can’t Hold Us – Macklemore & Ryan Lewis featuring Ray Dalton
October 2012, The Heist
The full version of this song by Macklemore & Ryan Lewis featuring Ray Dalton clocks in at over seven minutes and the lyrics weave a narrative that describes an epic love story. The hip hop style means that couples will most likely use it for wedding reception dancing, but those who want to get creative can use the song to create a grand entrance to the reception hall.

Adorn – Miguel
August 2012, Kaleidoscope Dream
“Adorn” by Miguel is a little suggestive at times, but that won’t be a problem for newlyweds who are wrapped up in the intimate nature of the day. It can be played right after the members of the wedding parties make their toasts, and it can also serve as a special dedication from the groom to his blushing bride.

You gotta know
You know that I adore you
Yeah, baby

Gangnam Style – Psy
July 2012, Psy 6 (Six Rules), Part 1
The K-pop sensation Psy had the entire world dancing with this huge hit from 2012, and it is still popular as a wedding reception dance tune today. Most couples like to use it at points in the reception when many guests can join in and make it a group song celebration.

Glad You Came – The Wanted
November 2011 carryover, Battleground
This 2012 love song by The Wanted starts with a mellow introduction that soon gives way to a mild dance beat, and it pushes everyone to move in tandem to the pulsing combination of music and lyrics. Even though it is most often used at weddings for dancing, the song is sometimes chosen as a last dance song of the night.

We Found Love – Rihanna and Calvin Harris
November 2011 carryover, Talk That Talk
Rihanna and Calvin Harris combined their talents to produce this dance number which has a message of hope for lovers, one that says love can still be found today in a crazy world. There are few songs from the era which are better for filling the dance floor as a great party song.

Wanted – Hunter Hayes
March 2012, Hunter Hayes
Hunter Hayes began his country music career when he was three years old, appearing with the likes of Hank Williams, Jr. to sing old country songs. This is one of his biggest hits, and it is a solid love song that can be used in wedding processionals and other formal parts of marriage ceremonies.

Wanna hold your hand forever
And never let you forget it
Yeah, I, I wanna make you feel wanted

Drunk On You – Luke Bryan
February 2012, Tailgates & Tanlines
Luke Bryan captures what it feels like to be consumed with love for that special someone, and it should come as no surprise that this song is used for the first dance between newlyweds. It will be preferred by couples who like the country music genre, but Bryan has a sound that also appeals to fans of pop.

The best buzz I’m ever gonna find
Hey, I’m a little drunk on you
And high on summertime

Love You Like a Love Song – Selena Gomez
June 2011 carryover, When the Sun Goes Down
Younger couples will want to include this song from Selena Gomez and The Scene in their wedding day celebration, and it has meaningful lyrics that support the theme of love everlasting. Gomez is a musical artist that young people can relate to, and including her music helps to maintain a modern vibe.

For You – Keith Urban
April 2012, Act of Valor: The Album
Couples who want good music for their wedding can’t go wrong with the beautiful songs of Keith Urban, and this is one from the Australian superstar that carries a theme of dedication to a partner. Use it as a non-traditional processional for your wedding and it will create the right emotional vibe.

If it came down to it
Could I take the bullet, I would
Yes I would, for you

As Long as You Love Me – Justin Bieber
July 2012, Believe
Justin Bieber might not be to everyone’s musical taste, but he did manage to deliver a few love songs that can be used at weddings. This is perhaps the most popular of those, and it has been used by couples to accompany their first dance as man and wife.

For a complete list, visit our page of the best 2010s wedding songs. You will see great songs in the modern decade.

Celebrating weddings of 2012. Where were you and what was happening?

Congratulations on your wedding of 2012. You share your anniversary with the following events.

Learn more about 2012 on Wikipedia. Thank you for visiting our page – weddings of 2012. 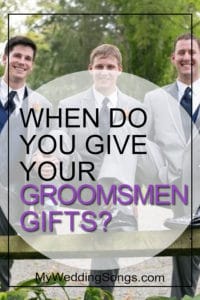 Groomsmen Gifts: When Should You Give Them?