Skip to content
Home > Word Songs > 24 Best Toes Songs – Songs With Toes in the Title
My Wedding Songs is a reader-supported website. As an Amazon Associate, we earn revenue from qualifying purchases. Purchases made through links on this page may earn us a commission but also support the artists.

August 6 is Wiggle Your Toes Day. Celebrate the day by wiggling your toes with friends and family. Another great place to wiggle your toes includes the sand at the beach.

It’s a great feeling of the soft beach sand between your toes. You can dip your toes in the shallow water as the waves come in too with the cool water. One of the must-do items to be included on every bucket list! 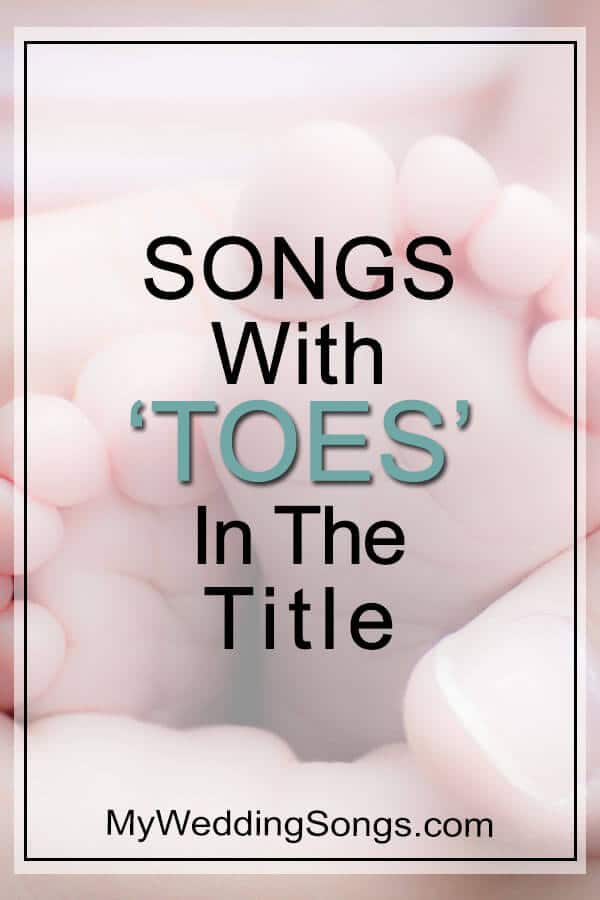 Another great task to plan on wiggle your toes day is a pedicure so that your toenails look great and your feet are soft too. Go and have your feet massaged, get your toenails clipped, get your nails strengthened, and pampered by the professionals! So go to your favorite nail salons, day spas, or beauty salons for your first or next pedicure.

Do you know who to call when you hurt your toe? A Toe Truck!

Enjoy our list of toe songs. Each song listed below has the word toe or a version of toe in the song title.

Let Me Get You On Your Toes – Jamie Foxx
Released 2010, R&B
Album Best Night of My Life

Popsicle Toes – Diana Krall
1999, When I Look In Your Eyes

If you have a favorite toes song, please share your song below with why it is so special to you.