Skip to content
Home > Word Songs > 43 Best Stars Songs – Songs with Stars in the Title
My Wedding Songs is a reader-supported website. As an Amazon Associate, we earn revenue from qualifying purchases. Purchases made through links on this page may earn us a commission but also support the artists. 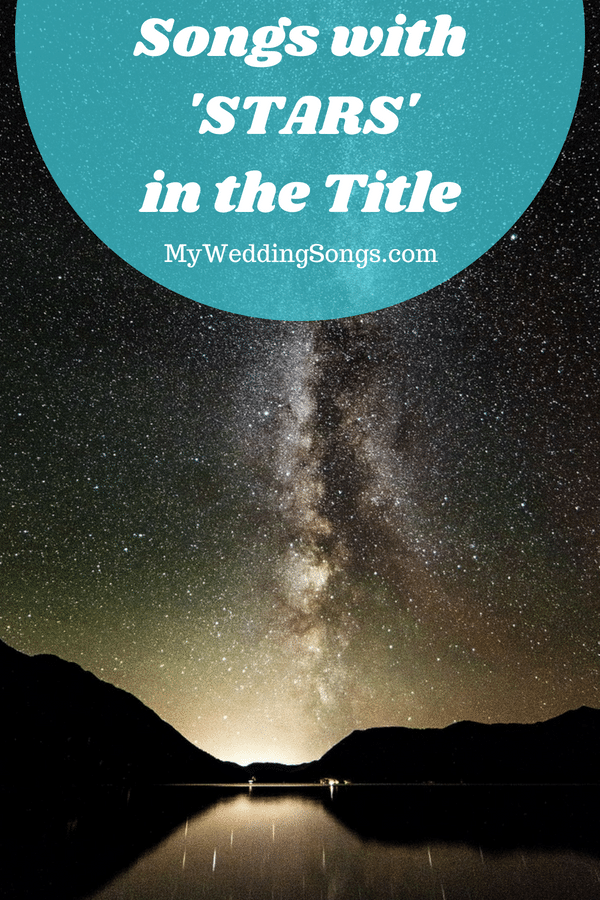 When The Stars Come Out – Chris Stapleton
2015, Traveller

Where the Stars and Stripes and the Eagle Fly – Aaron Tippin
2002, Stars & Stripes

Keeper Of The Stars – Tracy Byrd
1994, No Ordinary Man

Just as the songs of the stars above, our list of star songs are the BEST songs and not every song.

Video Killed The Radio Star – The Buggles
1980, The Age of Plastic

Shining Star – The Manhattans
1980, After Midnight

Another Star – Stevie Wonder
1976, Songs in the Key of Life

Swinging On A Star – Frank Sinatra
1964, Days Of Wine And Roses, Moon River And Other Academy Award Winners

When You Wish Upon a Star – Cliff Edwards & Disney Studio Chorus
1940, Pinocchio Soundtrack

This is your chance to speak up. Do you have a favorite song with stars or stars in the title, not on our list? Be sure to comment on it below so we can add it to our list. We read and respond to every comment.

What is a star in the sky?

A star is a fixed luminous point in the night sky which is a large, remote incandescent body like the sun.

What is the largest star?

The largest known star in the universe is UY Scuti.  The largest star in our galaxy is Pistol Star.

What is a shooting star?

A “falling star” or a “shooting star” are streaks of light you can sometimes see in the night sky caused by tiny bits of dust and rock called meteoroids falling into the Earth’s atmosphere and burning up.  Meteors are commonly called falling stars or shooting stars.

What is the North Star?

What is a star as in someone well known?

A star is also a famous or exceptionally talented performer in the world of entertainment or sports.