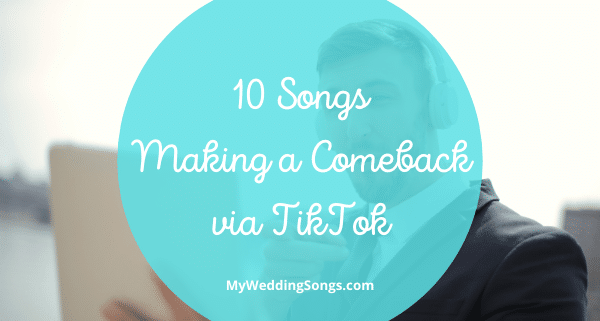 TikTok’s U.S. audience is an estimated 80 million monthly active users, 60% are female, 40% are male. 41 percent of its users fall between the ages of 16 and 24. [1]  The video-sharing platform is full of viral dance crazes, harmless pranks, and the most current music.  So, here are a few surprises to make their return as social sensations. 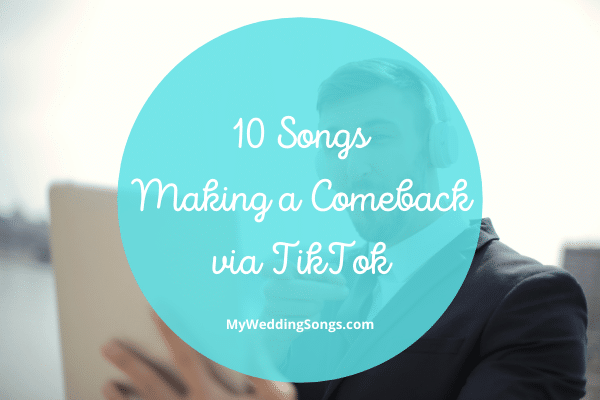 Released in 1977 on the album Rumours.

The song became a viral sensation in 2020 after the marketing team at Ocean Spray caught wind of the video and helped promote it.  Having Fleetwood Mac members Lindsey Buckingham and Stevie Nicks creating their own TikTok rendition didn’t hurt either.

The official music video on YouTube has surpassed 22 million views.

“How Bizarre” by OMC

I remember when the song was first released and playing it at a Middle School dance and being one of the few songs that created a big buzz.

With only 15 seconds of recording time, the perfect way to describe a video is to use the hashtag #howbizarre, which has generated 5.7 billion views [3].

The official music video on YouTube has nearly 25 million views.

Released in 2005 on The Papercut Chronicles album.

411.7K videos contain the song on TikTok.  The catchy lyrics from the song that help describe clips include “Take a look at my girlfriend / She’s the only one I got“ [4].

The official music video on YouTube has 108 million views.

“More Than A Woman” by Bee Gees

Released in 1977 and featured on the Saturday Night Fever Soundtrack.  The song was playing during a dance contest featuring Tony (John Travolta) and Stephanie (Karen Lynn Gorney) [5].

The music video released from the band’s YouTube channel features a concert in Las Vegas in 1997.

966K videos contain the song on TikTok. The song has been a big hit with people showcasing their beauty and teasing their sexuality.

The official music video on YouTube has nearly 400 million views.

Released in 1987 on the album Raising Hell.

The song made an initial buzz when the Kardashian sisters, Kylie and Kendall Jenner, shared a video of themselves dancing to the single in 2020.

Released in 2011 on the album Never Trust a Happy Song.

The alternative rock band has a big hit with lyrics like “Take me to your best friend’s house / I loved you then and I love you now”.

Released in 1990 on the album of the same name.

The song made a comeback being compared to “Finesse” by Bruno Mars featuring Cardi B in 2016 which mixes well for DJs. BBD performing the song at the 2020 AMAs didn’t hurt either.

“Where Is The Love?” by Black Eyed Peas

Released in 2003 on the album Elephunk.

The song represents a rainbow during difficult times. In late 2020, Jennifer Hudson collaborated with the Black Eyed Peas to release a new version to strengthen its shareability.

Released in 1978 on the album Nightflight to Venus.

The song references “Russia’s great love machine” which created a fixation of adding an exclamation point to many short video clips.

TikTok will continue to be a source of discovering new talent just as Justin Bieber was found by Usher on YouTube. However, new generations will continue to be exposed to past hits as videos are shared featuring these songs.  One example of this exposure is the YouTube channel TwinsthenewTrend [6] of the twins listening to legendary songs of yesteryear for the first time.