You are here: Home1 / Music & Songs2 / Wedding Planning3 / Selecting The Right Beer For Your Wedding 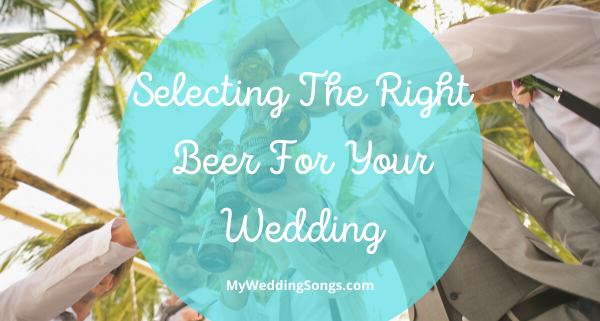 The selecting of beer for most weddings is on most grooms’ to-do lists. Selecting the right beer for your wedding is an easy task for most. The most popular beers in the USA are Bud Light, Miller Light, Budweiser, and Coors Light. However, for the past several years, there has been a boom in craft beer sales. 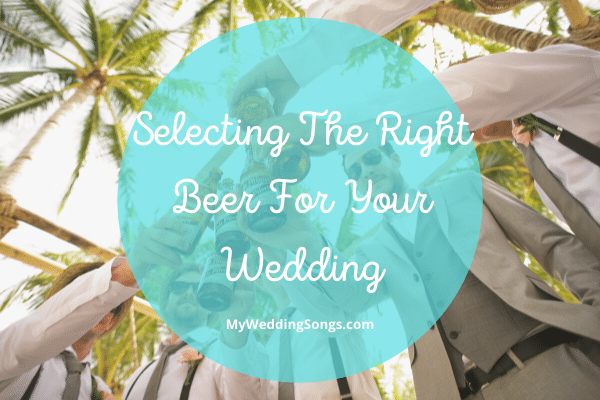 Budweiser is part of the world’s largest brewery company, Anheuser-Busch InBev. Anheuser-Busch is a European owned company but is brewed in the USA. Miller and Coors joined forces and are part of SABMiller. SABMiller has origins in South Africa but has many brewing locations in the USA. InBev and SABMiller account for approximately 63 percent of all beer sales in the USA.

There are more than 4,522 microbreweries across the USA and they account for about 18 percent of all beer sales in the USA.  A microbrewery is classified as producing less than 2 million barrels of beer per year and have less than 10 percent ownership by InBev or MillerCoors.  In order to take a share in the growing craft beer market, InBev and SABMiller have created many stand-alone craft beer brands. InBev and SABMiller craft beers include Blue Moon, Leinenkugel’s Sunset Wheat, and Michelob Marzen. InBev also holds a stake in Red Hook and Widmer.

When selecting a beer for your wedding, the green choice is to select a local beer. Buying local beer cuts down on all transportation emissions and supports your local economies. Many local breweries will sell kegs and bottles for your wedding reception. If not, inquire at your local liquor store. If you buy bottles, don’t forget to recycle them.

There are a large number of beer types being produced every year. The vast majority of beer drinkers in the USA like a light beer in taste and in color. Beer can fall into two classifications: ale and lager, depending on the type of yeast used in creation. The most commonly accepted beer types are light lagers and pale ales.  These popular beers are light in body and have a low bitter taste.

A recommendation can be made to beer selectors for weddings to choose beers that will make the most people at your reception happy. Common beer styles include pale ale, light lager, and pilsner. I would recommend staying away from ales that are darker and more full-bodied such as brown ale, porter, and stout. However, if this is what the bride and groom like, buy a few six-packs and store them away for yourselves or select few who would enjoy the most. 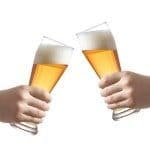 In conclusion, craft beer is more than a fad. Many beer drinkers are moving toward a more quality tasting beer with true beer ingredients. When selecting beer for your wedding reception, consider local brewery options available.  For more information about craft beer, visit Beer Advocate and Beer Wars Movie.

The Symbolism of Wedding Rings
Scroll to top