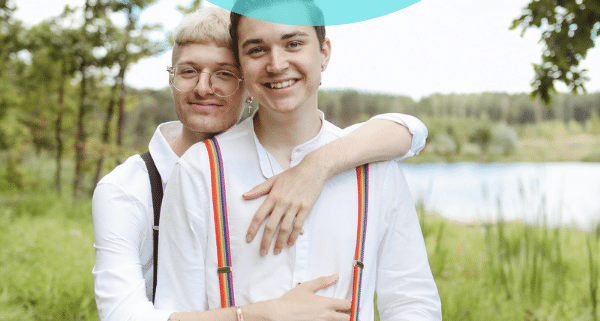 April 2021 marks the beginning of the wedding season across the country.  Many family members are getting together for the first time in more than a year.  Tears will be shed and a “ready to party” mood is in full swing.  See a list of popular new wedding songs released in April 2021 to add to your wedding playlists. 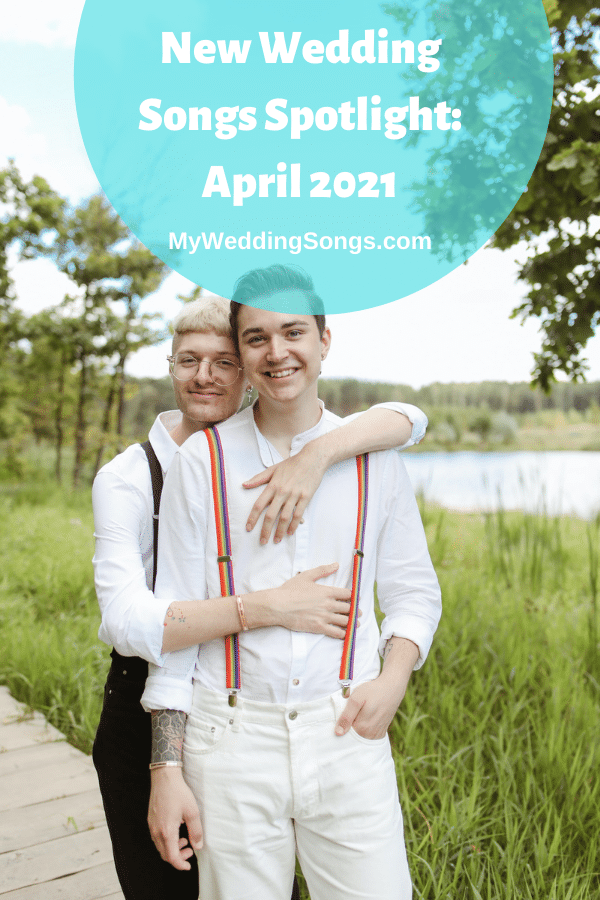 Made to Love You
Drew Angus
2021, Made to Love You
This is the perfect wedding song. You can play it as a recessional, first dance, or accent any part of your wedding day!

Telepath
Manchester Orchestra
April 27, 2021
A love song that tells about the ebb and flow of love’s ups and downs in a relationship.

Ain’t Met Us Yet
Matt Cooper
April 23, 2021
A beautiful love song that mentions movie romances that could be used as your first dance.

Imagine
Ben Platt
April 23, 2021
A powerful love song dedication that you could send while getting ready for your future bride.

I’ll Be with You
Matt + Abi
April 22, 2021
A folk love song you could have played as a processional song or wedding reception playlist.

Good As It Gets
Hayden Coffman
April 21, 2021
A mid-tempo country song that could be played as a background song during dinner.

Fight Alone
Mills
April 20, 2021
A pop-folk love song you can add to your wedding ceremony or reception to share your love for each other.

Low Key In Love
The Struts, paris jackson
April 16, 2021
The King of Pop’s daughter, Paris, teams up with The Struts for a fun rock song to play during cocktail hour.

Crowded Room
Conor Maynard
April 16, 2021
The perfect song for a first dance as a married couple at your wedding reception.

Every Last Thing
Jaden Michaels
April 16, 2021
A mid0-tempo country love song to play as a background song during the wedding reception.

Be That For You
David Archuleta
April 15, 2021
Just for American Idol fans, this mid-tempo pop song will hit the mark for your wedding day playlist.

Glad You Exist (Acoustic)
Dan + Shay
April 15, 2021
An acoustic version that you could incorporate into your wedding ceremony such as the recessional.

If You Love Her
Forest Blakk, Meghan Trainor
April 9, 2021
Duet songs always make for great wedding songs and this one could be played on your wedding day.

Once Upon a Love
Eboni
April 9, 2021
A beautiful R&B love song that could accent your first dance or as a wedding ceremony song.

Wave of You
Surfaces
April 9, 2021
A great song to add to an alternative dinner playlist that will not be played at every wedding.

Paradise
Cuco
April 9, 2021
Indie songs can make the best wedding songs as they celebrate your love in your personality.

God Moves The Pen
Tim McGraw
April 9, 2021
A mid-tempo song added to the extended version of the album “Here on Earth” to play as a background song.

Today Was A Fairytale (Taylor’s Version)
Taylor Swift
April 9, 2021
A popular song remade to play as a last dance song by Swifties.

You Belong With Me (Taylor’s Version)
Taylor Swift
April 9, 2021
A redo of a popular wedding song first released in 2008.

April 7th
The Maine
April 7, 2021
An alternative pop-rock song to play during the cocktail hour.

Sunset
Demi Lovato
April 5, 2021
Demi’s voice is sooo powerful and this song could be used to highlight walking down the aisle after the I Do’s.

Friends & Family
The Isley Brothers
April 5, 2021
The R&B legends return for a party song that will keep the spirits high at your wedding reception.

Amen
John Adams
April 2, 2021
A beautiful love song that you could play during the wedding ceremony as a unity song.

So Beautiful
Mannsfeld & Company
April 2, 2021
A folk-pop song you could dedicate to your bride on your wedding day.

My Wildest Dreams (Lullaby Version)
Ron Pope
April 1, 2021
A folksy song that would fit perfectly to play as the bride walks down the aisle.

Too Soon
Cooper Alan
April 1, 2021
A great country two-step song to play for your wedding reception.

If you have a new wedding song released in April 2021, not on our list, please share it below so that it can be added!