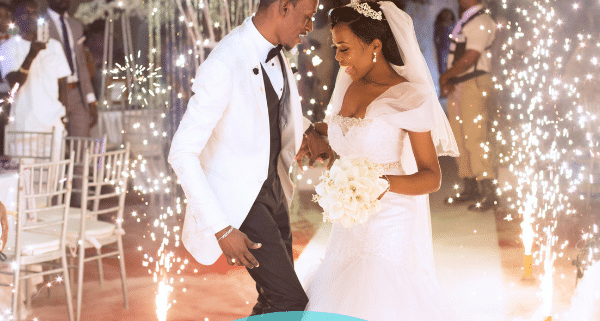 Each month we feature songs released from the prior month that would be great to add to any wedding playlist.  Songs this month, as usual, include a variety of genres including Country, R&B, Pop, and Folk.  To see a list of new songs from about the past month, visit our newly-released wedding songs page.  If you want to know what’s hot, visit our Hot 50 Song Picks page.

Each new wedding song listed below is described how you may want to include the song into your wedding playlist. 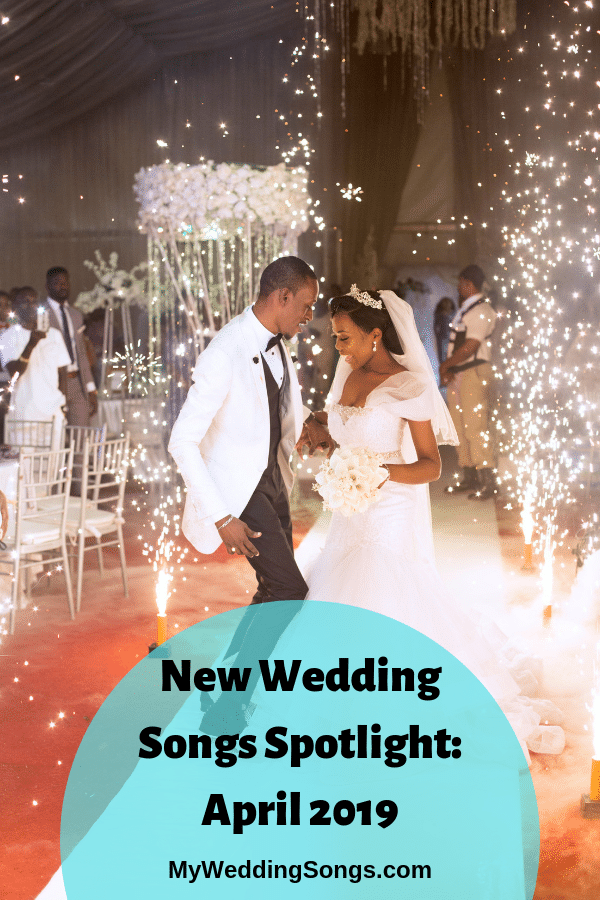 Incredible
James TW
(April 26, 2019)
James is an English artist and reminds me of Ed Sheeran‘s “Thinking Out Loud” with a little faster tempo. Makes for a great accent to any wedding with its song meaning.

Love Me Anyway
P!nk feat. Chris Stapleton
(April 26, 2019)
Two modern legends come together for a perfect love song that can be played as a first dance or any other special moment.

Me + You
Monica
(April 26, 2019)
A more upbeat song but Monica returns with a special love song. It could be used to accent the cutting of the cake.

ME!
Taylor Swift feat. Brendon Urie of Panic! At The Disco
(April 26, 2019)
With more than 20 million video views in the first 24 hours after release, everyone under 18 at the wedding will recognize this song. It has a good meaning too.

No One Loves You (The Way That I Do)
Chance McCoy
(April 26, 2019)
A mid-tempo love song featuring repeated song lyric to start and banjo sounding background with a perfect message for a recessional or cocktail hour song.

Hurts 2B Human
P!nk feat. Khalid
(April 22, 2019)
Another duet of two modern legends telling a story that they would be lost without the other. If this fits you, here’s your wedding song.

U R the One
Howard Hewett
(April 19, 2019)
A mid-tempo R&B love song perfect for the first dance but can really be played at any point during a wedding.

No Place Like You
Joy Williams
(April 19, 2019)
An emotional Folk love song with just a woman and a guitar. The song makes for a great bride’s processional or first dance song.

Not Just Any Old Love Song
Luke Cerny
(April 19, 2019)
If you looking for an unusual song to incorporate into your wedding, this is it. Just a guy and a guitar with a very unique sound and a bit of “cheesiness” or fun – up to you.

Con Calma (Remix)
Daddy Yankee & Katy Perry feat. Snow
(April 19, 2019)
A Latin dance song remixed to include Pop megastar, Katy Perry. If you want a “Spanglish” dance son for your wedding, this should be at the top of the list.

Someone Like You
Betsy Phillips
(April 12, 2019)
Just love Betsy’s sound on this mid-tempo love song. Her unique sound would fit perfectly into a barn or rustic wedding.

Boy With Luv
BTS feat. Halsey
(April 12, 2019)
BTS is the hottest K-Pop boy band right now. All the younger guests will know this song and dance and sing along to it.

Roots And Wings
Jessie James Decker
(April 12, 2019)
A great song reminding guests of how much family matters and makes for a great song during a slide show of the couples growing up.

Understand
Jon B feat. Donell Jones
(April 12, 2019)
A great R&B throwback to the 90s vibe love song. A mid-tempo song you can play during the cutting of the cake.

Old Town Road (Remix)
Lil Nas X feat. Billy Ray Cyrus
(April 5, 2019)
You may be asking yourself why this song is on a wedding list. Well, when the song was from Billboard Country charts and then remixed with Cyrus to get back on the chart at #1, it became quite an iconic sing-along song to play near the end of the night.

All Year
11:11
(April 5, 2019)
If your relationship focuses on loving each other all year long and through the four seasons, this is your perfect wedding love song.

Don’t Stop Now
Sam Riggs
(April 5, 2019)
This song is also available in an acoustic version. However, this Pop Country has loves of love emotion too that could be the perfect recessional song.

Here are a couple of songs released to Youtube in April 2019. They have has less than 2,000 views. What do you think?

Samantha Durnan – I Found You

Michael Shynes – Next To You

If you have a song released in April of 2019, not on our list, please comment it below so we can take a listen!

Best 1997 Wedding Songs As Long as You Love Me