Memories are things that we remember from the past.  Memories are celebrated in songs.  We created a list of the best songs with memories in the song title.

Songs by popular artists in many different genres such as Elvis Presley, Maroon 5, Jim Croce, and Keith Urban. 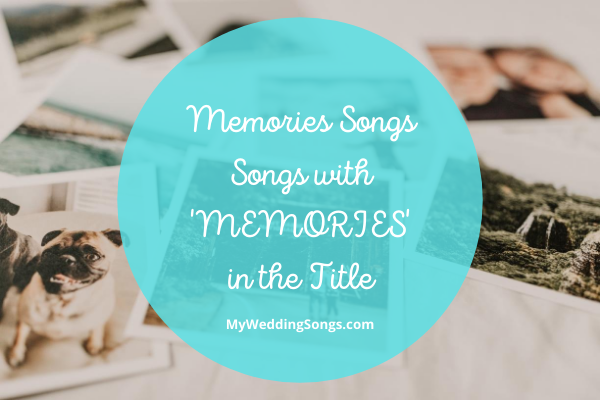 What is your favorite memories song? Please let us know in the comments.

Making Memories Of Us – Keith Urban
2004, Be Here
Country

House of Memories – Panic! At The Disco
2015, Death of a Bachelor
Indie

Photographs And Memories – Jim Croce
1972, You Don’t Mess Around with Jim
Classic rock

Do you have a favorite song with memories in the title, not on our list?  Please share your song below so that we can add it!