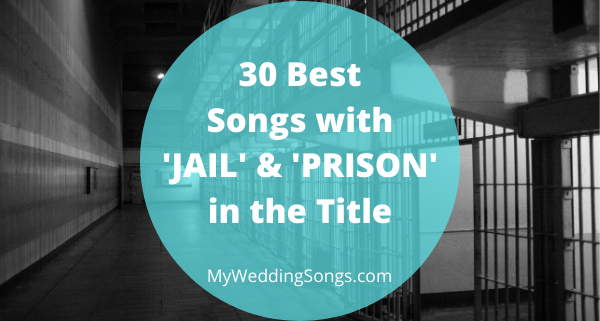 When a person is in jail, they are in a place of confinement convicted of or accused of a crime. When a person is in prison, they are in a building in which they are legally held as a punishment for a crime they have committed or while awaiting trial. The difference between a jail and prison is that jail is more local – city or county. Prisons are under the jurisdiction of the state or federal government and typically where people are confined when convicted. Whether or not you like the below list or not, we cannot be convicted of a crime but we can be held to your standard. Here’s our list of 30 favorite songs with jail or prison in the song title. 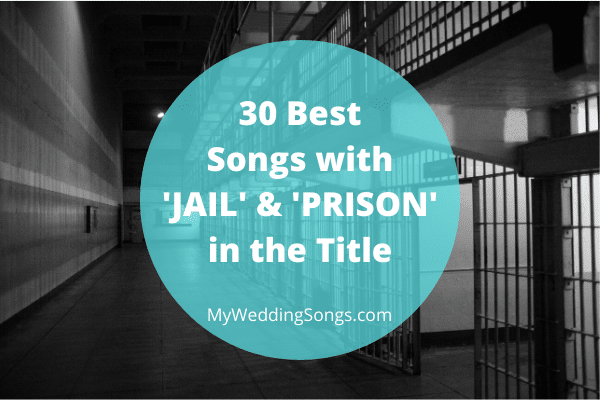 Jail – Tara Thompson
2016, Someone To Take Your Place EP

You Know What They Do To Guys Like Us In Prison – My Chemical Romance
2004, Three Cheers for Sweet Revenge

Dead Jail or Rock n’ Roll – Warrant
2001, Under the Influence

In the Jailhouse Now – Jimmie Rodgers
1928 in Camden, New Jersey

Now that you have had a chance to digest our list of jail songs and prison songs, what do you think? Are there any of your songs that should be on the list? If so, be sure to comment on the song(s) below so that we can add the song. Please, stay out of prison and enjoy your freedom – like looking at all of the playlists we have accumulated since 2003.

6 Songs That Would Land You In Jail At Weddings

When at a wedding, there are certain things that a person should not do. A person’s choices could put them in jail if acted out at a wedding. Yes, some songs should not be taken literally. Just as you cannot believe everything you read on the Internet, you should not do everything sung in a song. 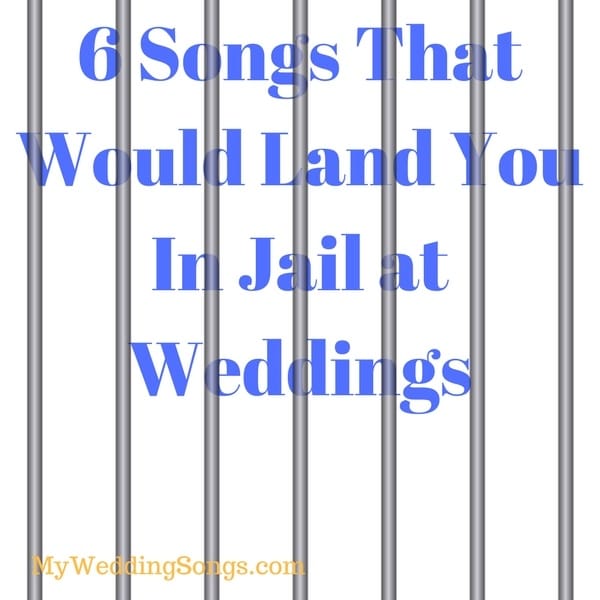 Songs That Would Land You In Jail

I Touch Myself by the Divinyls

There should not be any inappropriate touching of yourself at a wedding. This would be considered lewd conduct which is a misdemeanor.

Hit Me With Your Best Shot by Pat Benetar

Why Don’t We Get Drunk by Jimmy Buffet

By the title, you may be thinking that it is ok to be drunk and not go to jail. However, the next verse in the song is “and screw”. If having sex in public, you could be arrested with indecent exposure and disturbing the peace.

Fight For Your Right (To Party) by The Beastie Boys

As stated above, any physical violence would be considered battery. In addition, you would also be charged with disturbing the peace – particularly all the wedding guests including the bride and groom.

One positive way to end up in jail is to steal the wedding gifts and/or money card boxes. If you are caught stealing anything at a wedding, you will also have to worry about all of the family members attacking you as all against one.

I Want A New Drug by Huey Lewis and the News

The song speaks of a person who needs a new drug. Well, the Police do not like persons in possession of illegal drugs. In addition, the Police also don’t like people who sell drugs.

As a result, it is not always a good idea to take wedding songs literally. Please do not act out songs that would land you in jail at weddings.

Don’t Land In Jail At Weddings!