You are here: Home1 / Music & Songs2 / Music Artists3 / E. Walter Smith Interview About His Songs For Your Wedding Day

“As 19,000 people cheered for couples getting married for the second time or renewing their vows, I sang my first critically acclaimed song, “I Do“, during For Sisters Only, in Charlotte, North Carolina Convention Center. The response was incredible! People even started calling me to write custom songs for their special day. Ultimately, it inspired me to write and record, “Wedding Day!” I wrote it to become the soundtrack for the most important day of a couple’s life… their Wedding Day!”, says international singer/songwriter E. Walter Smith. 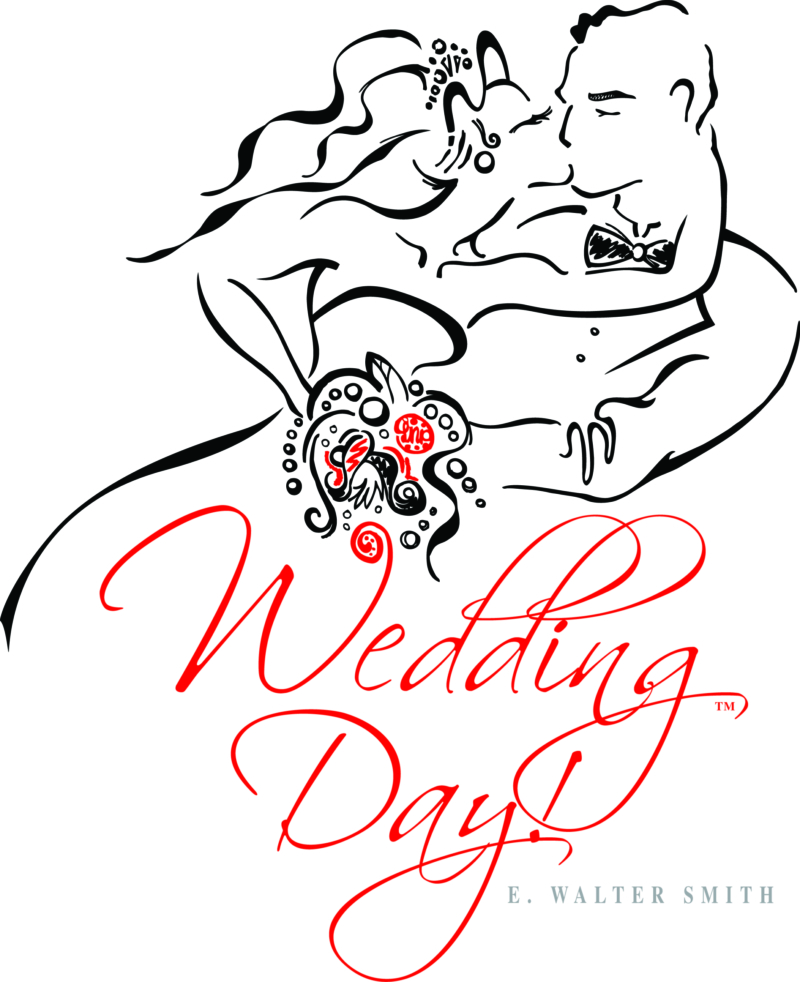 The Wedding Day! album is one of the few wedding music projects that provide original, lyrical music written and recorded by one artist for almost every important moment at a wedding. A musical smorgasbord of Pop/R&B/Dance hits, if you want a soulful ceremony and a-Rockin’ reception, you’ve got to add the Wedding Day! soundtrack to your MUST PLAYLIST!

The music for Entrance of the Parents and Honored Guests at most of the weddings I’ve been to has always been some kind of classical string instrumental song. The concept for your song, “Front Row” is brilliant!

“Thanks! I guess this interview is off to a great start! “Front Row” is a song that walks you down memory lane as you reminisce about all the special moments that led up to the couple’s Wedding Day! Pre-school, First Communion, Bat/Bar Mitzvah, Quinceanera, Boot Camp… any day that celebrates an amazing personal achievement where you had the best seat in the house!”

“After singing “Sunrise, Sunset” from Fiddler On the Roof about a thousand times, I ultimately wrote this song with platinum-selling songwriter, Donna I. Douglas and award-winning singer/songwriter, and television host, Babbie Mason. It creates the perfect mood for the start of a wedding and serves as a really nice alternative to the string instrumentals that most couples use. Plus, it was a lot of fun to work with some of the music industry’s best songwriters,” says Smith.

E., it’s no secret that most grooms just want to show up at the altar and have no real involvement in the ceremony. “Take a Step” seems to put a whole new spin on that idea.

“Well, I’ve talked to a lot of grooms over the years. They stand at the altar. Their heart is racing… anticipating the entrance of the woman of their dreams. The bride, his “gift from heaven,” has dreamt of this day since she was a little girl. Drenched in the beauty of her wedding gown, she stands in wait behind the veil … longing to hear her “knight in shining armor” speak these three magical words …”Take a step.”

I know that one of the first things a woman does when she accepts a marriage proposal is to start shopping for a gown. Sure she’s looked at thousands over her lifetime, but now it’s real. Should it be long or short… white or champagne … strapless or halter … so many options. Will her groom find her beautiful? Will her daddy shed a tear? Will she quiet all the haters?! Lol!

My goal was to express these moments in the form of the ultimate Wedding Processional… singing from the groom’s point of view, celebrating the beauty of his bride and the gown that she has fanaticized wearing all of her life. I made sure that the groom to told her how beautiful she was as she walked down the runway… oops, I mean the aisle!

“….ooh stop!
I love your gown
Girl you’re so pretty, mean the world to me
You’re my rainbow in the dark
You hold the passport to my heart…”

Since the Wedding Processional is considered the highlight of every wedding, I would not be surprised if “Take A Step” becomes my signature song!” says Smith.

The Lighting of the Unity Candle is usually the first song that the couple hears as newlyweds. What inspired the lyrics for this song?

“Well, even the most creative couples that write their own vows base them off of the “original wedding vow.” So I figured I couldn’t go wrong if I used those words for the lyrics of the chorus.”

“…For better or worse
I’ll stay the course
For richer or poor
We will endure
In the thick and the thin
I’ll be there till the end
On this day I will say,
I do…”

I co-wrote this with John Beal, III, had Grammy award-winning producer Phil Davis (Boney James, George Duke, Will Downing, Rachelle Ferrell) produce the music, and Palmer Williams, Jr. (House of Payne, Love Thy Neighbor, Monica, LSG, Keith Sweat, Can A Woman Make A Man Lose His Mind?) produce the vocals. It’s one of the songs that people stop me in the grocery store and say, “I really like ‘I Do!’”

While recently searching through wedding reception music, I see that wedding DJs around the world have started “rockin’ receptions” with your ‘club banger’, We Married – The Bride Slide, featuring LaVoria Reese. I’m even starting to see it on playlists on some of the audio digital outlets. What is The Bride Slide?

“At some point during every wedding reception, there’s going to be some line dancing. Over the years, brides, grooms, and DJs have asked me to write a song that can replace, or at least be mixed with many of the songs that are now on the DO NOT PLAY list!

Often times I hear it used for the Recessional, Entrance of the Wedding Party, First Dance, or Final Dance. I wrote it to portray the raw emotions of every bride and groom as they complete the final chapter of an “old school” courtship, and celebrate the beginning of a life filled with unbridled passion and the start of a new family. It opens with the heart-thumping chant of:

“Got a new ring on my finger
Sang “I DO” with the wedding singer
Nothing can stop us now
We’re livin’ our wedding vow!”

There are now three versions of the song, Pop/R&B, House/Dance, and Southern Soul, that make it suitable for almost every wedding reception. In fact, they used “Wizard’s ReMix”, produced by Wizard Jones (Soul Train Music Awards, Toni Braxton, TLC, Silk, SOS Band, New Edition, and Bell, Biv, DeVoe and keyboard player for Justin Bieber) as the official music video for the closing scene of an upcoming movie, “Better to Wed.”

Although it has evolved since the video was shot, the original choreography for The Bride Slide was done by Jennifer Melchor (Mary J. Blige, Salt & Pepa, SWV, LL Cool J), and the rap on the Southern Soul version was done by rapper/choreographer Lady Fay.

You aren’t officially married until you do The Bride Slide!

For many couples, the First Dance is the most important dance of the bride and groom’s life. Why do so many couples choose your song, “First Dance“?

“If you think about it, the first time that a couple will dance together as man and wife will be during the First Dance. Emotions will be running high…their friends, parents, relatives, and co-workers…everybody they know will be watching. But, through tears of joy, they look at each other in the eyes and know that dreams of getting married have finally come true… and the lyrics of First Dance seem to speak of their journey.
It’s a huge song, with all of the string and horn arrangements that make it a timeless piece for everlasting love. I know some might say that’s kinda corny, but those that really love “love,” really love First Dance! Lol

So E., did you write “Little Girl,” for you and your daughter?

“Lol! Everybody asks me that! Actually, I don’t have a daughter, but I have a few Goddaughters, a niece, and a sister that I love very much. So, that song is the blending of all of those relationships.

It was inspired on the night of my sister’s wedding day. Dad said that he ‘prayed to live long enough to dance with her on her wedding day,’ and after we dried our eyes I wrote the song as a tribute to them and a dream that I hope might come true for me one day.

I wrote the song as a duet because the Father-Daughter relationship is magical because of the experiences they share together. By the time the song ends, I hoped to cover as many memories as I could, and make the father feel like spending all that money on the wedding was worth it!! Lol

Quite honestly, I’ve been really blessed with this song. After I wrote it, I sat down with Glen Perdew again (First Dance, Take a Step), and he wrote the beautiful music that supports the melody. Then I got Tatiana McConnico before she made it as a Top 20 finalist on American Idol (Season 6), to sing the part of the daughter.

Since its release, The New York Time’s About.com added “Little Girl” to their Best Wedding Songs list. I’ve licensed the song to eFinancial.com for their Father’s Day campaign, and several national organizations have used it for their father-daughter outreach programs and Daddy-Daughter dances. Also, celebrities, athletes and international “movers and shakers” have done PSA’s in support of the song and have even appeared in the official music video.

“Little Girl” was the first song that I had to get airplay on terrestrial radio, so it’ll always have a special place in my heart!

The music industry has changed a lot, and many people teased me about writing and recording a wedding album. They said the concept album is dead, and that people are only interested in singles. Hopefully, you’ll fall in love with EVERY SINGLE SONG on Wedding Day! lol!

Be sure to check out our other artist interviews like: