You are here: Home1 / Music & Songs2 / Wedding Planning3 / Songs That Are Also Vows (The Beatles Edition) 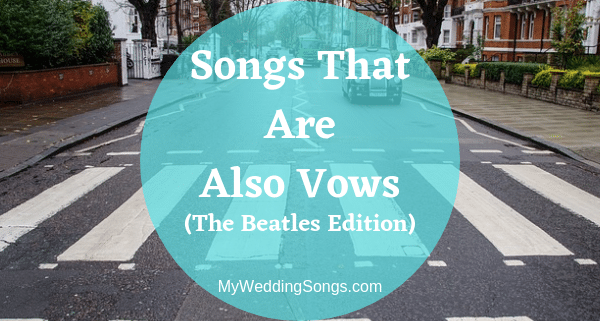 The works of Shakespeare have transcended their time and place and are still performed over 400 years later. It has been argued that the music of John Lennon and Paul McCartney, while still The Beatles, is the pop music equivalent, destined to be remembered and performed for hundreds of years to come. The melodies are iconic and lush and, with over 200 original songs recorded by the band, there are quite a few with lyrics that echo or flat-out mirror your vows to one another.

Another plus to utilizing any one of these songs is that, with a singer and an acoustic guitar, each can be performed intimately and in contrast to the bombast of the ceremony making your vows stand out by being beautifully understated. If you want someone to listen, say it softly. 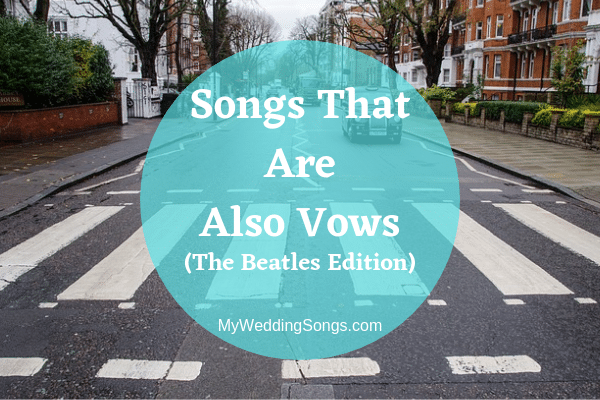 A Paul McCartney masterpiece at just under two minutes, there is something remarkably sweet and moving of this brief piece that says everything that is needed to be said.

Who knows how long I’ve loved you
You know I love you still
Will I wait a lonely lifetime
If you want me to, I will

The promise of forever is slightly unrealistic but the brilliance of this remarkable song is that it gives a specific age to shoot for. How lovely to think on the twilight years and the idea of the two of you still waking up to one another “when you’re sixty-four.”

I could be handy, mending a fuse
When your lights have gone
You can knit a sweater by the fireside
Sunday mornings go for a ride
Doing the garden, digging the weeds
Who could ask for more
Will you still need me, will you still feed me
When I’m sixty-four

At the end of the day, once all the toasts have been made and the dances danced, the next morning will dawn on just the two of you. You will be home and you will be home to each other.

Often vows are less than a list of promises and instead of a declaration of the belief that “love never dies.” This is the song that declares that undying love perfectly.

Perhaps your engagement has been longer than anticipated or the road to the altar has been rocky. You’re here, now and the reflection upon the breadth of your time together, slowing ascending to this moment in time is worth gazing at for a minute. One of John Lennon’s most extraordinary compositions, the lyrics encapsulate the whole of your experience together.

As much a tribute to the bride as a promise of lifelong fidelity and adoration, this piece tries to explain that you each have an elusive quality that only the other can truly see and appreciate.

You both know what you want to say to one another on your day but “a little help from your friends” is the best way to get by.

I hope you liked our special list of wedding vow songs in the style of The Beatles.

Andy Grammer Songs That Will Make You Feel Good