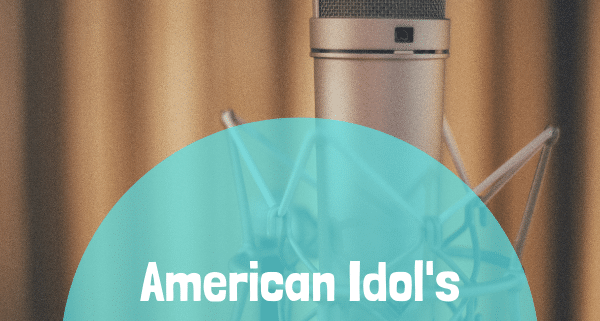 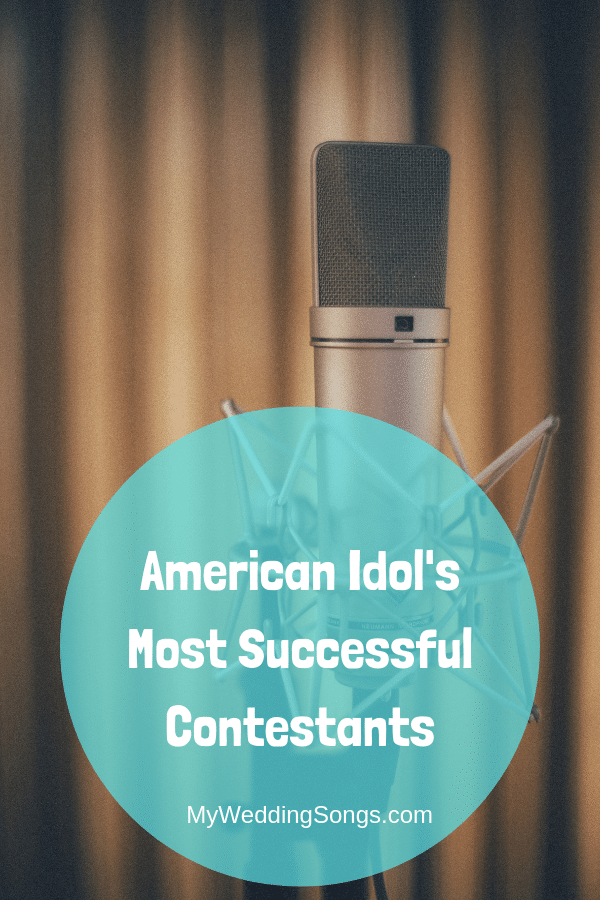 Who are the American Idol winners?

Performing at an early age at church events and talent shows, Hudson began performing professionally as a singer aboard the Disney cruise ship Wonder. She auditioned for and won a spot on American Idol in 2004. She quickly locked horns with one of the show’s toughest judges but was an enormous fan favorite. Though she was voted off of the show well before the competition ended, the attention she had attracted caught the attention of record industry executives, and among her projects after leaving American Idol was a self-titled debut album with Arista Records.

Because of the murders of members of her immediate family, the album’s release was delayed several times. It was finally released in 2008. One of the songs, a hip-hop/R&B hybrid called “Spotlight” immediately moved into the Top Ten, and the album itself went gold. Hudson’s next project was a studio produced an album called I Remember Me. Its biggest hit was “Where You At” and was written by popular singer/writer/producer R. Kelly. Although sales of the second album were not as good as her debut album, I Remember Me also went gold

Hudson’s dance-friendly “JHUD” was released in 2014. This album featured a number of collaborators, including R. Kelly, Danja, Iggy Azalea, Pharrell, and Timbaland. Although the album debuted within the Top Ten, eventually went gold, and two of the songs won industry awards, it wasn’t as successful as her previous releases. Because of this and the disappointing response to 2015’s I Run, Hudson has recently changed record companies.

Although this singer Kelly Clarkson too got her singing start in a church choir, Kelly didn’t begin singing in earnest until high school, where she was encouraged to pursue her talent both academically and professionally. She was accepted into and offered full scholarships into the music programs of several prominent schools, but Clarkson opted to postpone college to pursue a professional career. She was offered contracts by two smaller record labels but declined both offers as she felt they limited her artistic opportunities.

In 2002, she auditioned for and won a slot on American Idol‘s first season. As the first season’s winner, Clarkson went on to appear as a finalist on the World Idol competition in 2002 as well. She was initially managed by and recorded for the Idol structure, so her first hit single, 2002’s double “A side” “Before Your Love/A Moment Like This” was on their label. The single did so well that her debut album, 2003’s Thankful quickly went first gold and then platinum.

Clarkson wanted an image change and moved to a new record company for her second album. There were problems with her third album, which the company did little to promote as a result. Things were clearly back on track with her fourth album, which set both single and album best-selling chart records. Clarkson has set other records within the music industry as well. She is the first woman to have had a best-selling holiday-themed album (Wrapped In Red) in the United States. And she is still the only Grammy recipient to have won the award for Pop Vocal Album Of The Year twice.

In total, Clarkson has won three Grammy Awards. Other music awards she has won over her fourteen-year career include three MTV Video Music Awards, twelve Billboard Music Awards, four American Music Awards, and two Academy Of Country Music Awards. Both Billboard Magazine and channel VH1 have lauded Clarkson as being one of the most influential female performers of the twenty-first century.

McCreery’s family credits a gift book about Elvis Presley as igniting this young star’s interest in music. He began learning to play the guitar in grade school and was both singing and playing in church and school events by middle school. During high school, he was talented enough to be invited to perform alongside professional, big-name performers at charity events. And as a high schooler, unable to attend a Nashville audition due to a church commitment, he auditioned for a spot on American Idol‘s tenth season and won the show’s top prize.

Post-Idol, McCreery went on to record a platinum album on his first try, with On A Clear Day. The record reached the top of Billboard’s Hot 100 Chart, making him the seventh Idol performer to achieve this. McCreery recorded two more albums, one of which went gold, before leaving his label. Now between record companies, Scotty is currently focusing on college studies, majoring in communications.

American Idol didn’t just last for an impressive fifteen plus seasons on television. It also launched the careers of an impressive number of recording artists. Below are the stories of more of Idol’s discoveries.

One of American Idol‘s biggest success stories, this Oklahoma native got an early singing start. She began performing in school talent shows and other local events while still in elementary school. Carrie auditioned for Capitol Records in Nashville and was offered a recording contract at age fourteen. After internal management shakeups caused that deal to fall through, Underwood resumed her schooling in her hometown. Following high school, Underwood decided not to pursue a musical career and graduated from college with honors and degrees in journalism and communications.

Auditioning for and winning a spot on season four of American Idol, Underwood went on to sweep it, with notoriously grouchy judge Simon Cowell becoming one of her earliest and biggest fans. He predicted that not only would Underwood easily win the competition, but she would also be a major post-Idol star.

Underwood’s first album, Some Hearts was historic, as it became the best-selling country music album by a female artist of all-time, and one of the best-selling country music albums of the last decade. The 2005 release won her three Grammy Awards, plus that year’s “Best New Artist” title. In total, Underwood has won seven Grammy Awards, seventeen Billboard Music Awards, twelve Academy of Country Music Awards, and nine American Music Awards. Underwood has sold more than sixty-five million albums worldwide. She is the only Idol alumni to have broken her previous Guinness World Record for most concurrent hits on Billboard’s Country chart. Rolling Stone magazine proclaimed her the leading female vocalist of her generation, while Time magazine added her to its list of the “World’s Most Influential People”.

Daughtry is yet another example that one need not win the top prize on American Idol in order to win in terms of a musical career. He did not discover music until high school, but upon doing so, he studied with professional musicians and formed a professional band while still in high school. That band, Cadence, released one album, called All Eyes On You. A subsequent band, Absent Element, released a compact disc as well, called Uprooted.

Chris Daughtry’s first chance to take his music to a national television audience came with an audition for CBS’s 2005 Rock Star: INXS. Daughtry didn’t make the cut. He went on to audition for Idol’s 2006 season. He proved to be a controversial selection, first among the judges (he later won them all over), and then among the show’s viewers. Popular at first, fan feeling began to turn against him when rumors circulated (incorrectly) that he had attempted to pass off an arrangement of a Johnny Cash classic as his own. Daughtry was ejected from the show after placing it in its Top Two.

But while he wasn’t that season’s winner, Daughtry certainly was still treated well by that season’s Idol. He returned a couple of episodes later to perform in the season’s grand finale. And immediately following Idol, Daughtry was offered a contract by RCA Records. Forming a band named after himself, their first album, also called Daughtry, set Neilsen Soundscan records by being their biggest debut rock album in history, selling one million copies in five weeks. Nine weeks after its release, Daughtry had reached the number one position on Billboard’s charts. While to date Chris Daughtry has won no major music industry awards in terms of music sales, he is the third highest-grossing American Idol alumni.

Born Christopher Ruben Studdard, this performer was the second season winner of American Idol. Exposed to R&B and gospel music by his mother from an early age, Studdard majored in voice studies in college and after graduation worked professionally as a musician in the Birmingham, Alabama area with both well-known and local musicians. While he cut several demos, these efforts seemed to lead nowhere, until a fellow singer asked him to accompany her to an audition for the second season of American Idol. Getting accepted as a contestant himself, he went on to win it. After Idol, Studdard released a single of an Idol song he had sung, “Flying Without Wings”, produced by the legendary R&B producer Babyface.

Excitement over the song caused it to soar to the top of the Billboard charts, where his follow-up album, Soulful hit the one million mark in advance sales, dominating the top of Billboard’s album chart when it was released. The album still stands as the second-highest first-week selling totals of any Idol performer. Studdard was nominated for a 2003 Grammy for it and won the NAACP Outstanding New Artist award that same year.

Following Soulful, he recorded the gospel album I Need An Angel, which sold very well within that genre. Following I Need An Angel, Studdard concentrated on acting and a prolonged family lawsuit. He returned to his singing with an album appropriately entitled The Return, but sales of that and subsequent albums were much lower.

Ruben Studdard’s main rival in American Idol‘s second season, Aiken began performing professionally in area events and cutting demos while still in high school. He auditioned for Idol while in college, and despite losing, like Studdard (a future concert tour partner), was given an RCA recording contract. His debut album, Measure Of A Man went multi-platinum. Follow-up albums included a best-selling holiday album with record sales and several albums recorded under the Decca label. In more recent years, Aiken has been focusing on politics, writing, and television. His most recent album, 2011’s Steadfast is comprised of previously released and concert material.

A few rising stars include Gabby Barrett, Lauren Alaina, and Haley Reinhart too.  Keep an eye on them!

Sometimes, as Jennifer Hudson could tell you, doing badly on American Idol is the best thing that can happen to you. Unlike Hudson, Scott never even made it onto the show. She auditioned twice for it but never made the judge’s cut. Scott, the child of professional country music artists, never tried performing until appearing onstage with her mother during a holiday appearance.

In college, she focused on preparing for a post-graduate musical career and generated some interest because of her background, but no solid prospects emerged, leading to her Idol auditions. Failing these, Scott went on to form a country-western themed band with two male friends, called Lady A. The group has gone on to win seven Grammy Awards, and to become one of the world’s most popular country acts. Today, Scott remains part of Lady A, while also performing her own faith-based music.