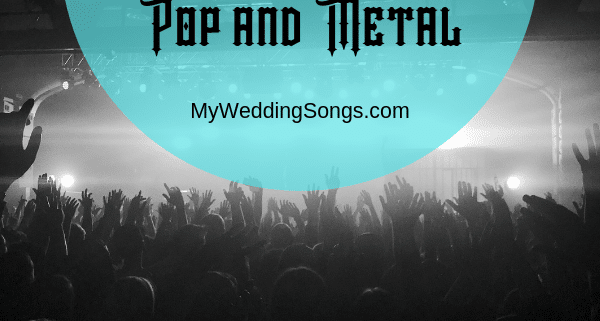 Weddings are all about finding compromises. The flowers, the colors, and the venue are all compromises between you and your mother. Once you hit the reception, the compromises should be between you and your betrothed. Except that you think it’s got great taste and he thinks it’s less filling. You thought that the internet dress was blue, he thought it was gold. You have a virtual rainbow for a wardrobe; everything he owns is black.

So, when it comes to the music for your first dance — the first moment you announce your break away from tradition and conventionality and exert the personality of the couple — the choice is key. 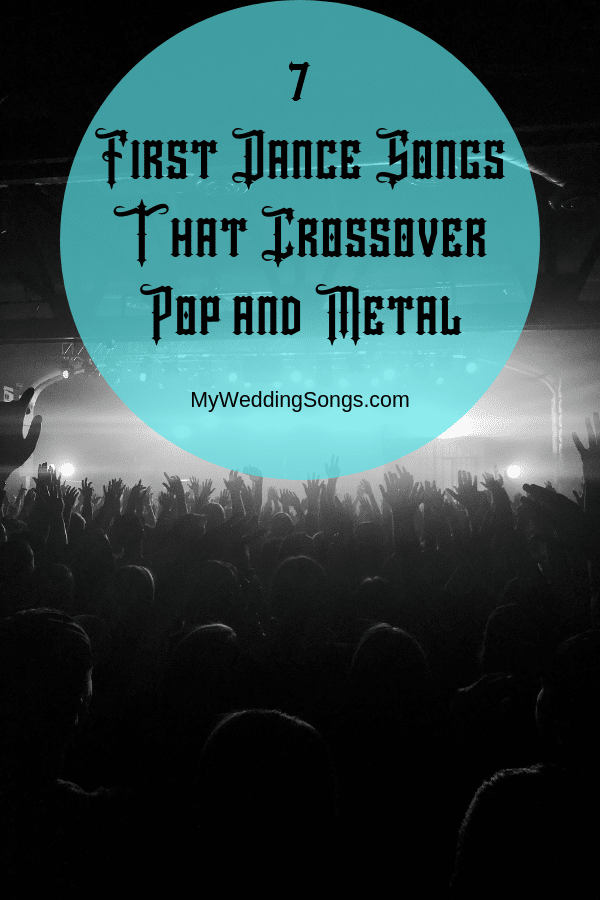 You are the Molly Ringwald to his Judd Nelson, the Beauty to his Beast, the Mermaid to his Minotaur.

You love the sounds of Destiny’s Child, Gwen Stefani, and, of course, Beyoncé. He, on the other hand, loves Linkin Park, Disturbed, and Iron Maiden. How do you find some sort of musical compromise for that most important first dance, the song that introduces you to the world as a couple?

Here are a few options that capture both the spirit of Pop while still holding on to the mosh pit feel of Metal and guarantee that everyone in the room is wanting to dance with you.

Written by vocalist Mike Tramp and guitarist Vito Bratta, “Wait” became the first single of “Pride”. It wasn’t until 1988 when MTV secured a regular rotation for the music video that the track finally got what it deserved – a top 10 chart position in the States, along with international recognition as a bonus.

Scorpions – “Rock You Like A Hurricane”
1984, Love at First Sting

With its iconic guitar opening and catchy hook, this song is both fun to dance to and announces in a full fashion that the two of you will be rocking each other for decades.

“Turbo Lover” is one of the most 80’s things ever created!

I’m your turbo lover
Tell me there’s no other
I’m your turbo lover
Better run for cover
On and on we’re charging to the place so many seek
In perfect synchronicity of which so many speak
We feel so close to heaven in this roaring heavy load
And then in sheer abandonment, we shatter and explode.

Perhaps one of the most popular pop songs ever recorded gets a cover that only Ozzie would love! The bridesmaids will sing along; the groomsmen will air drum and air guitar. Everyone wins as you dance into your life together!

Saliva — “Message of Love” (The Pretenders)
2001, Not Another Teen Movie

A perfect blend of bone-crushing guitars and a brilliant Pretenders tune!

Now the reason we’re here
As man and woman
Is to love each other
Take care of each other
When love walks in the room
Everybody stand up
Oh it’s good, good, good
Like Brigitte Bardot

Sums it up pretty nicely and your new husband’s buddies will be banging their heads in the corner near the cake.

Fred Durst channels George Michael in a cover guaranteed to please the wearers of flowers and the bearers of black. If you can only find a cover of “The Chicken Dance” by Black Sabbath, this reception will go down in history!

Japan’s Babymetal is not going to be a favorite among all metal fans, but even the naysayers would have to admit that the group’s merging of heavy metal and J-pop is as seamless as it gets.

Like most modern pop music it’s annoyingly catchy, but like the most modern metal, it’s also incredibly impactful. This clash of dynamics and styles works wonders for the three-piece, and while their first record was a success, their second was a full-on aural assault.

Your entire wedding will stop on a dime as you and your new partner thrash and spin, setting the tone for an epic journey through matrimony!

Now you need to find the perfect blend of food outside of the standard chicken marsala and salmon to continue this theme of Pop Metal sensibility. Don’t worry so much about that, though. You’ll be so over-stimulated by the entire affair, you won’t even remember eating that night. You will, however, remember that first dance for years to come.