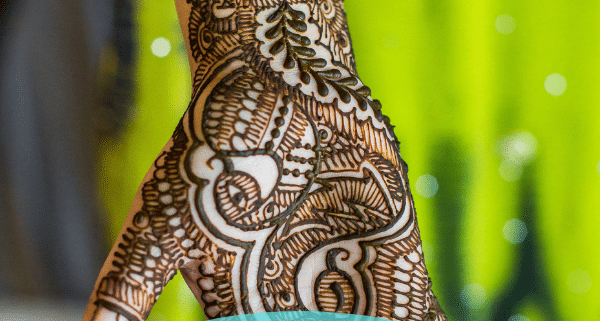 The Mehndi (also spelled Mehendi) is generally the kickoff function for most Indian weddings. It’s the function where girls (and even some guys) get painted with henna. It’s also become much more. Generally, in most modern Indian weddings a Mehndi will be a day time/brunch affair with pool party vibes. People get to meet for the upcoming festivities ahead, enjoy a few drinks, get settled, and have their hands done up with artwork!

A good Mehndi playlist isn’t a rager but more of an upbeat warm-up playlist to the events ahead says Ajay Manaktala, a top Indian Wedding DJ in Los Angeles, from Special Occasions DJ & Lighting. Here are the top Mehndi songs we suggest, mixed with the old and new. Make sure to set the tone right! When in doubt think pool-party-happy-go-lucky vibes and you’ll be good! 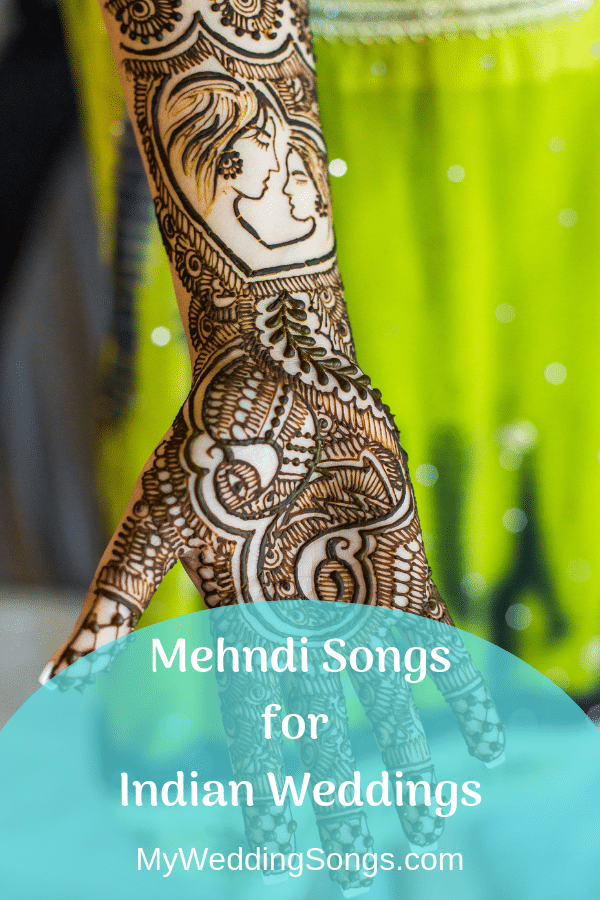 I put this song first on purpose because even though it’s over 20 years old it’s all about nostalgia at Indian weddings. You need a track that’s going to keep the oldies also entertained and the young kids still know, and this song is all about a girl’s journey and celebration into married life. It gets me every time!

My own nieces did this song at our mehndi and it really touched a chord. The funny part, however, is that the actual lyrics more or less translate “hey buddy take me out shopping.” But the tone of the song is “I’m your girl now, so treat me right.” Beyonce did it with “Single Ladies” and this up-tempo happy go lucky track is all about the vibes of a girl telling a guy he’s got a fun few years ahead. I just love it!

While not as chirpy as the above songs, SRK needs to be in this list for Mehndi songs. Probably not for a wedding with a bride under 25, but a great warmup song. Very traditional yet a very popular Mehndi song!

If Jason Mraz was Indian he would probably write like this. This is one of the most underrated Indian songs of the last few years and while it’s not as popular as the others, play this at your Mehndi and watch people start tapping their toes and asking (or secretly Shazamming) hey what song is this?

I’m so happy to see mashups make their way into Indian music because they offer something fresh while also offering something new. This mashup by Bryden and Parth really stands the test of time to be amazing background music at any Mehndi function. As with Sham above, I guarantee you’ll see some secret shazaamers in the background.

As your mehndi picks up steam and people are a few beers or cocktails down, go ahead and pick up the tempo with this Kangana classic. It’s a great “tempo switch” to let people know, hey, we gonna get this party going. No Indian wedding can happen without hearing this song once throughout the festivities!

The late Sridevi really smashed it out of the park with English Vinglish. The fun thing about Indian music is since most come from movies, we kind of have two emotional anchors for each song. This is a great feel-good song for young and old alike.

Ok, I swear I don’t have a thing for the movie Aisha (it didn’t do much) but the songs from the film stood the test of time so here is another one to the list. You could even play this at your Sangeet but since most Mehndi’s are the before the crazy party functions, this song is a happy medium. Let’s get it going!

It’s a retro season in Bollywood and even though this song just came out, the music video is literally a Mehndi function and it’s all about getting the wedding festivities started. This is what Indian weddings are all about!

Listen to our best Mehndi wedding songs playlist on Spotify.

The above list is of course only a guideline for your Mehndi songs and every Indian wedding is different. But based on the age of your audience, the bride/groom, and much more you can adjust accordingly. Some guests want only new songs, some want only old, but as any DJ would say a good mix is what counts!