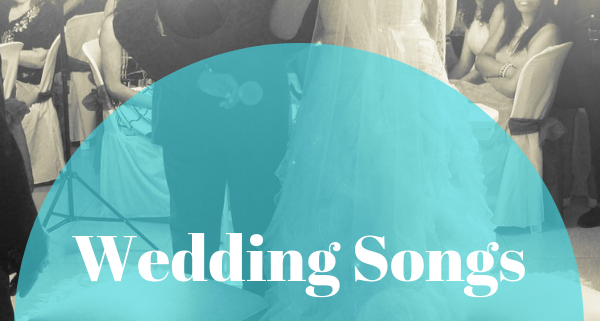 2006 served up no shortage of beautiful wedding classics. You’ll find artists such as Dierks Bentley, Josh Groban, and Lionel Richie in this list of the best 2006 wedding songs. From the ceremony to the reception, there is something for everyone in our collection of love ballads.

For You I Will (Confidence) – Teddy Geiger
January 2006, Underage Thinking
This song was a debut single for Teddy Geiger, and it propelled Geiger into the musical spotlight when it was chosen as the theme song for a CBS television series. It’s a song about a commitment that partners will find suitable for their first dance as a married couple, and it has a modern feel young newlyweds can appreciate.

Do I Make You Proud – Taylor Hicks
June 2006, Released as a single
Taylor Hicks won American Idol thanks to his performance of this soulful ballad in 2006, and it became one of the few hits the talent show winner would record. The song is powerful in both its melody and lyrics, so it is perhaps best used in weddings as an addition to the reception playlist.

You Are Loved (Don’t Give Up) – Josh Groban
November 2006, Awake
Josh Groban added this David Foster composition to his musical catalog in 2006, and it features the emotional vocal delivery that Groban is known for. There is a sense of hope and optimism expressed in the song that matches the feelings couples want to honor on your wedding day, and the song is usually reserved for use in the formal ceremony.

Don’t give up
It’s just the hurt that you hide
When you’re lost inside
I, I’ll be there to find you

I Call It Love – Lionel Richie
July 2006, Coming Home
The legendary Lionel Richie reached the charts once again in 2006 with this song that sums up all the emotions of true love, and it is a beautiful choice for couples that want to include a modern ballad in their wedding. It has been played as the wedding processional begins, and it can also set the stage for the lighting of a unity candle.

My Wish – Rascal Flatts
August 2006, Me and My Gang
Few songs capture the hopes of a parent for their child on your wedding day better than this one from Rascal Flatts. This is a song that a father can share with his daughter for a special dance, and it can also be used to precede the wedding toasts that are offered at the reception.

My wish, for you, is that this life becomes all that you want it to
Your dreams stay big, your worries stay small
You never need to carry more than you can hold

Would You Go with Me – Josh Turner
April 2006, Your Man
Josh Turner has a distinctive voice that sent this song to the top of the country charts in 2006, and it is a simple love song that conveys the seeking of a promise. You can use it for dancing at your wedding, but some couples also like to add it to the traditional musical choices that are used in the formal ceremony.

Could you not look down forever
If you were lighter than a feather
Oh, and if I set you free, would you go with me

My Little Girl – Tim McGraw
August 2006, Flicka Soundtrack
“My Little Girl” is a song about a father’s love for his daughter, and Tim McGraw lends an emotional vocal performance to the poignant lyrics. It is one of those rare songs that was specially made for the all-important father/daughter wedding dance.

Go on, take on this whole world
But to me you know you’ll always be
My little girl

Feels Just Like It Should – Pat Green
May 2006, Cannonball
Every wedding should have a few songs that reflect the feelings of the day, and this one from country star Pat Green reminds everyone in attendance how powerful true love is. It is best saved for the reception, and some adventurous grooms even like to sing it for their new bride.

Tomorrow’s nowhere in sight
Right now, right here tonight
It feels just like it should

The Woman In My Life – Phil Vassar
August 2006, Greatest Hits, Vol. 1
A wedding is all about the blushing bride, and this is a perfect song to honor her as the most important person in the room. The lyrics of the song are meant to convey appreciation for how a woman makes a man complete, and grooms will often use it as a special dedication to the wedding party.

I Would Die for You – MercyMe
April 2006, Coming Up to Breathe
Modern couples that honor spiritual values will want to include this Christian song from MercyMe in their wedding. The song associates the love of God for humanity with the love of a groom for his bride, and it should be used as a part of the actual wedding ceremony.

Be Lifted High – Michael W. Smith
November 2006, Stand
Christian artist Michael W. Smith was one of the most successful acts of the genre throughout the 2000s, and this spiritual offering from 2006 is used by newlyweds to express thanks and devotion to God. Many couples choose to play the song just after they are joined at the wedding altar.

Lost Without U – Robin Thicke
December 2006, The Evolution of Robin Thicke
Robin Thicke was just beginning his meteoric rise to fame when this song was released in 2006, and it still occupies a place on the wedding reception playlist of many couples today. You’ll want many choices for dances with your new partner, but this one could easily be the first.

I’m lost without you
Can’t help myself
How does it feel
To know that I love you, baby?

Find Myself In You – Brian McKnight
December 2006, Ten
Those couples who want to add a touch of soul to their wedding reception can’t go wrong with this Brian McKnight hit. There is a sentimentality to the lyrics that newlyweds will find irresistible, and the song is one that expresses emotions that can be hard to vocalize on your wedding day.

When I See U – Fantasia
2006, Fantasia
American Idol superstar Fantasia Barrino chose this song as a single from her self-titled 2006 album. The lyrics are a reminder that the mere presence of a partner is enough to elevate one’s life, and the melody makes it perfect for dancing.

I Loved Her First – Heartland
June 2006, I Loved Her First
This song by Heartland was nominated by the Academy of Country Music for Single of the Year in 2006, and it has become a standard wedding day selection for father-daughter dances. The song is a reminder that a father’s protective and loving nature will always be present as his daughter begins her married life.

Every Mile a Memory – Dierks Bentley
July 2006, Long Trip Alone
A wedding day is a formal beginning to a new phase of life, one that is shared in joy with a partner. Dierks Bentley captures the importance of making beautiful memories with this country hit, and few songs are better suited for a wedding day send-off.

Every mile, a memory
Every song, another scene
From some old movie going back in time, you and me

I hope you enjoyed a few of our favorites. If you have a 2006 wedding song not on our list, be sure to comment it below.  Also, check out our list of wedding songs by year and the best 2000s wedding songs.

Celebrating wedding songs of 2006. Where were you and what was happening?

Congratulations on your wedding of 2006. You share your anniversary with the following events.

Learn more about 2006 on Wikipedia. Thank you for visiting our page – weddings of 2006.