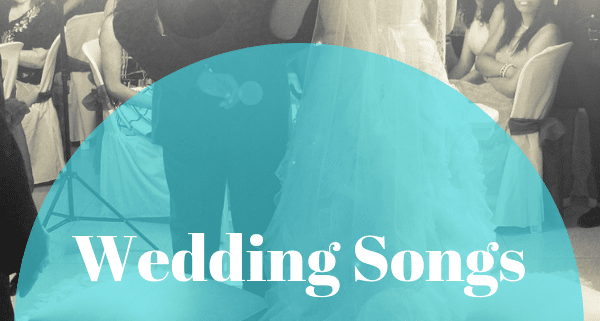 The year 2000 issued in a brand new decade of eclectic sounds from the likes of Creed, Lee Ann Womack, and Vince Gill. From slow dance tunes to emotional processionals, these 2000s wedding songs are sure to lend an emotional vibe to your wedding day. Enjoy our list of 2000 wedding songs with a variety of genres. 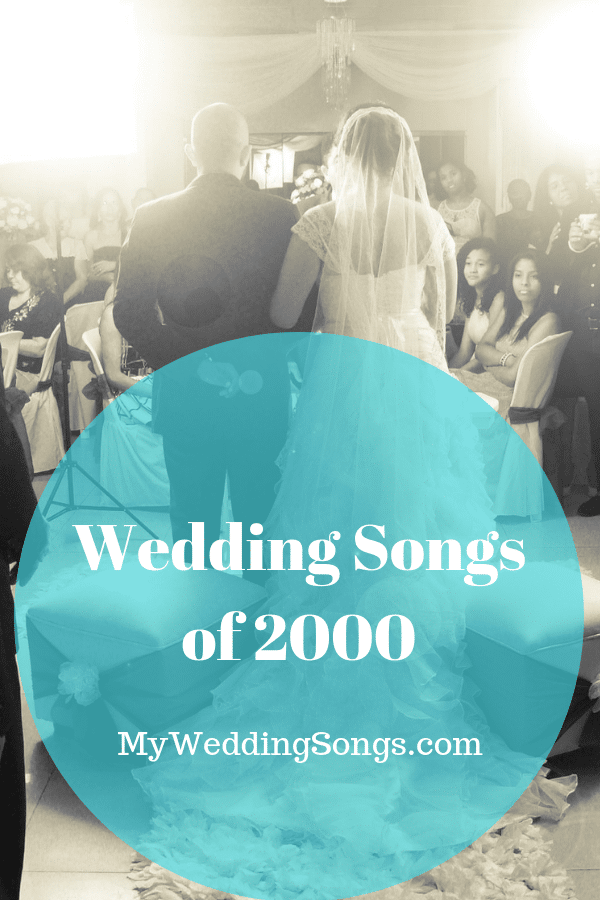 I Hope You Dance – Lee Ann Womack
May 2000, I Hope You Dance
Lee Ann Womack’s hit from 2000 is a song that expresses the heartfelt wishes of a parent for their child. For this reason, it has often been used for a father/daughter dance at the wedding reception, but it can also be used as a soundtrack for the send-off and cutting of the cake.

Let’s Get Married – Jagged Edge
February 2000, J.E. Heartbreak
Jagged Edge produced this song in 2000 specifically for use in wedding ceremonies, and it has even been served up in a remix that was produced for receptions. It has a modern appeal that today’s newlyweds love, and it also incorporates the meaningful lyrics that are so important on your wedding day.

The Best Day – George Strait
January 2000, Latest Greatest Straitest Hits
There is a sweet sentimentality to this country hit from George Strait that has made it a popular choice for wedding couples. It’s a song that many grooms like to share with their own father as a special dedication, but it has also been used by brides for a dance with dad.

Fly on the Wings of Love – The Olsen Brothers
2000, Eurovision Song Contest 2000 entry
The Olsen Brothers of Denmark used this song when they competed in the Eurovision song contest, and they went on to win the competition with the combination of a pleasant beat and lyrics that hold a true romantic substance. It can be used as a wedding reception dance tune, but some couples also find a way to include it in the actual ceremony.

By Your Side – Sade
October 2000, Lovers Rock
The voice of Sade is one that perfectly suits wedding song selections, and this hit from her later career is often used as an interlude for many parts of modern wedding celebrations. It makes a great choice if you and your spouse want something playing in the background as you light the unity candle.

Oh, when you’re cold
I’ll be there
Hold you tight to me

Feels Like Love – Vince Gill
May 2000, Let’s Make Sure We Kiss Goodbye
Those who like the sounds of modern country music often turn to this song by Vince Gill as a wedding playlist choice. Like so many of Gill’s songs, it has a powerful lyrical message that is rendered even sweeter with the singer’s high-pitched vocals.

Stuck in Love – The Judds
February 2000, Big Bang Boogie
The Judds made one last stand in 2000 with this emotional love ballad, a song that draws upon simple imagery to deliver a powerful affirmation of commitment. Brides will find that this song is a nice alternative to traditional wedding processionals, and it can also be played as the guests are being seated before the ceremony.

Only Know I Do – Adam Gregory
2000, The Way I’m Made
Adam Gregory punctuated his songs from the 2000 decade with a virtuous aura that modern wedding couples appreciate, and this one is a straightforward declaration of everlasting love. It should be saved as a special song for the bride, and some grooms even choose to sing it for their new spouse at the wedding.

Imagine Me Without You – Jaci Velasquez
September 2000, Crystal Clear
Spiritual songs like this one from contemporary Christian songstress Jaci Velasquez are very popular with couples that want to preserve religious themes in their wedding. It serves the dual purpose of expressing both devotion to God and commitment to one’s partner.

Psalm 91 – Lincoln Brewster
2000, Millennium Worship 2
Some of the most beautiful wedding songs are those which are taken directly from the Bible, and this one from Lincoln Brewster is a spiritual celebration of faith and devotion. It has a modern sound that is easily applied to the wedding processional, and some couples also use it to close the ceremony.

I think I’m in Love with You – Jessica Simpson
July 2000, Sweet Kisses
You might not think of Jessica Simpson as a singer that specializes in wedding music, but younger married couples often include this hit from 2000 in their wedding reception playlist. It’s definitely a dance tune, and it might be a great choice for that first dance with your new spouse.

With Arms Wide Open – Creed
April 2000, Human Clay
Scott Stapp and Mark Tremonti led the group Creed to mainstream music success with songs like this one from 2000. A hallmark of this band was their subtle references to religious themes, and that makes the song applicable to weddings on multiple levels.

Again – Lenny Kravitz
September 2000, Greatest Hits
Lenny Kravitz won a Grammy for Best Male Rock Vocal Performance with this love song, a nice change of pace if you want something different for your wedding ceremony. It should probably be saved for reception dances, but some couples have also used it as the send-off song when the celebration comes to an end.

A lonely queen without her king
I longed for you, my love forever

My Love – Westlife
October 2000, Coast to Coast
This song from the Irish boy band Westlife still makes its way into many modern wedding ceremonies, primarily because of its lyrics and smooth harmonies. The way that it is most often used is for reception dancing, but some newlyweds have found a way to include it in the more formal portions of their wedding.

And hope my dreams will take me there
Where the skies are blue
To see you once again, my love

Be with You – Enrique Iglesias
February 2000, Enrique
Enrique Iglesias became one of the most popular musical artists of the 2000s thanks to hits like this, and his soulful vocals are a favorite of modern wedding couples. Try making this the soundtrack for the first dance with your spouse, or you can also use it as an alternative recessional as you leave the wedding chapel.

On a Night Like This – Kylie Minogue
September 2000, Light Years
Australian superstar Kylie Minogue gave this song from 2000 her best vocals, and brides love how it conveys the simple message of everlasting love. It’s one of those songs that reflects the special nature of your wedding day, and using it will contribute to the pleasant memories that you are trying to create.

I Wanna Be With You – Mandy Moore
April 2000, I Wanna Be with You
Younger couples often prefer the songs they grew up with for their wedding ceremonies, and this hit from Mandy Moore received a lot of play in 2000. Like many songs of the era, it has a great dance vibe that will be right at home on your wedding reception playlist.

Shape of My Heart – Backstreet Boys
September 2000, Black & Blue
Your wedding reception will evoke all the memories of 2000 when you choose this song from the Backstreet Boys as a dance number. Despite its pop feel, the song retains a lyrical honesty that is appreciated as you and your spouse embark upon a new life together.

I played my part, kept you in the dark
Now let me show you the shape of my heart

Give Me Just One Night (Una Noche) – 98 Degrees
September 2000, Revelation
This song by 98 Degrees has a Latin feel to it that encourages dancing at the wedding reception, and it also resonates with a message of commitment. Your wedding guests will get the message here, one that affirms your wedding night as the most important one of your life.

We’re not offering a stereotypical list of popular wedding songs. Instead, we hope you enjoyed our eclectic list of 2000 wedding songs. Have a song that should be on our list? Be sure to comment on it below. Also, check out our list of wedding songs by year and the best 2000s wedding songs.

Celebrating wedding songs of 2000. Where were you and what was happening?

Congratulations on your wedding of 2000. You share your anniversary with the following events.

Learn more about 2000 on Wikipedia. Thank you for visiting our page – weddings of 2000.