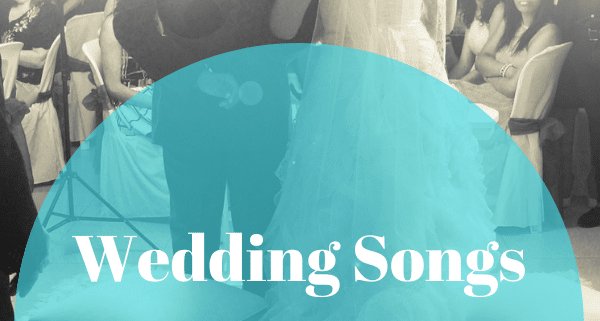 1967 wedding songs include some musical classics by Van Morrison, Smokey Robinson, and Marvin Gaye to name just a few.

We’ve chosen the best 1967 wedding songs from all genres of music, and you will probably be able to find your perfect song selection on this list. 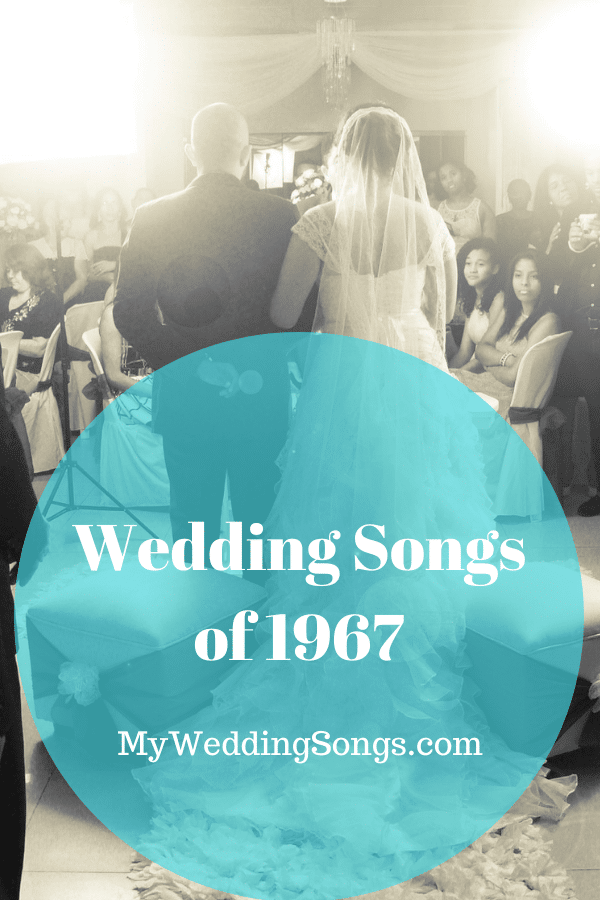 All You Need Is Love – The Beatles
July 1967, All You Need Is Love
The Beatles are one of the most influential musical acts in history, and John Lennon and Paul McCartney still hold the record for writing the most number-one hits. This song is very simply worded in the trademark style of the Fab Four, but it is still powerful enough to be used in your wedding recessional.

Brown Eyed Girl – Van Morrison
June 1967, Blowin’ Your Mind!
Some people say that Mick Jagger copied the vocal style of Van Morrison, a performer who scored his biggest hit with this song in 1967. This is a song for dancing, and it can be dedicated to the bride at the wedding reception.

Ain’t No Mountain High Enough – Marvin Gaye and Tammi Terrell
April 1967, United
This classic from Marvin Gaye and Tammi Terrell is still used often today as the tune for the first dance between newlyweds, but it also works well for introducing the couple after the vows have been said. The lively tempo of the song means that it is best reserved for portions of the wedding ceremony that are not too formal.

Ain’t no valley low enough,
Ain’t no river wide enough
To keep me from getting to you, baby

More and More – Andy Williams
July 1967, More and More
Smooth as silk is one way to describe the voice of Andy Williams, a 1960s crooner in the style of Steve Lawrence and Dean Martin. Almost any of the songs that were recorded by Williams in the 1960s could serve as wedding music, but this one is especially suited to wedding reception dances.

To Love Somebody – Bee Gees
June 1967, Bee Gees’ 1st
Right behind Lennon and McCartney when it comes to writing number one song is Barry Gibb of The Bee Gees, a man that continues his career today as the last surviving member of the group. This song has been covered by Michael Bolton and others, but the Bee Gees’ version is the one most suited to wedding use.

Light My Fire – The Doors
April 1967, The Doors
You wouldn’t necessarily think of Jim Morrison and The Doors as creators of wedding music, but more than one couple has played this song at their reception. It is a song that takes a unique approach to describe eternal love, and it will appeal to those couples who have a fondness for the offbeat.

The Look of Love – Dusty Springfield
December 1967, The Look of Love
You might remember Dusty Springfield for some of her other popular hits, but this one from 1967 is an overlooked example of Springfield’s range and emotion. This is a song that can be played as the wedding guests are being seated, and it can also play as the bridal party is taking up positions at the altar.

Be mine, tonight
Let this be just the start of
So many nights like this

Gentle on My Mind – John Hartford
June 1967, Gentle on My Mind
John Hartford would score a modest hit with this song in 1967 before Glen Campbell made it a highlight of his career, and either version of the song can be used in a wedding ceremony. The lyrics of the song make it a ballad that should be worked into the formal section of the wedding, but it can also be played as the wedding cake is being cut.

Walk Through This World With Me – George Jones
February 1967, Walk Through This World with Me
Couples that are fans of country music will want to think about adding this song by George Jones to the reception playlist, and they might even want to make it the song for the all-important first dance. As an alternative, the song could also be used to provide the soundtrack for the wedding recessional.

So, if you feel like giving me a lifetime of devotion
I second that emotion

All I Need – The Temptations
April 1967, The Temptations with a Lot o’ Soul
1967 was a mild year for The Temptations and other groups like the Four Tops, but this song from David Ruffin, Otis Williams, and company found itself in the year’s top ten. Songs in this style are perhaps a little too strong for your actual ceremony, but they are perfect for dancing the night away after you have made your vows.

All, all I need is to have you touch my hand
Say you understand, baby

Baby, I Love You – Aretha Franklin
1967, Aretha Arrives
Aretha Franklin was on the top of the charts for several weeks in 1967 with this song, just one of many hits from her massive catalog of singles. The Queen of Soul may be gone, but her spirit lives on in many songs that are chosen by partners as wedding music.

Tell It Like It Is – Aaron Neville
November 1966 carryover, Tell It Like It Is
No one has a voice like Aaron Neville, the Louisiana-born soul singer who had his biggest hit with this song from 1967. Lyrically it is not the best choice for a wedding song, but couples choose it because of its dance vibe and Neville’s emotional delivery.

(Your Love Keeps Lifting Me) Higher and Higher – Jackie Wilson
August 1967, Higher and Higher
If you love the soul vibe of 1967 then this hit from Jackie Wilson will be the right choice when it comes to the first dance with your new partner. It is a happy, joyous celebration of love in its purest form of expression between a newlywed couple.

Celebrating weddings of 1967. Where were you and what was happening?

Congratulations on your wedding of 1967. You share your anniversary with the following events.

Learn more about 1967 on Wikipedia. Thank you for visiting our page – weddings of 1967.