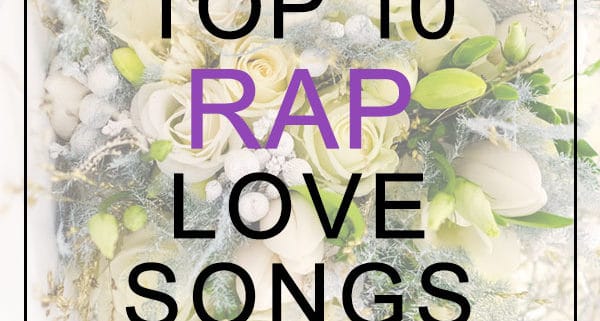 When many people think of popular rap music, the first thought is typically not wedding music. However, there are many love songs in the Rap genre that can be played at your wedding. Our list does include old school and new school rap for everyone. 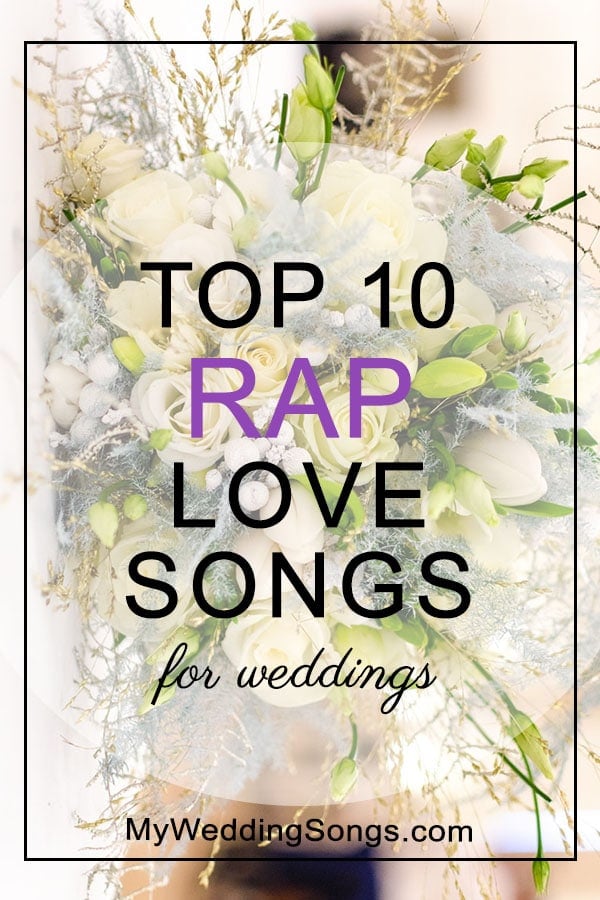 Our top rap songs for weddings do include past and present artists – from De La Soul to Drake. We included old school LL Kool J and today’s hot rapper Common. So get ready to show some love for rap at your wedding!

Could you name one of the songs above from the lyrics: “We could live in my Plug Two home, And on Mars where we could be all alone, And we make a song for two”?

What about this song lyric: “Wrote this letter, and finally decide to send it, Signed sealed delivered for us to grow together, Love has no limit, let’s spend it slow forever”?

Before playing any of our rap songs at your wedding, be sure to speak to your DJ about whether or not clean versions are available for songs that do contain explicit lyrics. This way you will not be surprised when grandma is offended by what she hears. You know what we mean.

Tonight I might fall in love, dependin’ on how you hold me
I’m glad that I’m calmin’ down, can’t let no one come control me
Keep dancin’ and call it love, she fightin’ but fallin’ slowly

Own It – Stormzy feat. Ed Sheeran & Burna Boy
Released in 2019 on the album Heavy Is The Head

Girl, I felt your presence when they let you through the door
Never had a bruddah give you everything and more
So I take a little piece and the rest of it is yours
Mi amor

Incredible – Future
Released in 2017 on the album HNDRXX

Gucci Mane – We Ride feat. Monica
Released in 2017 on the album Mr. Davis

Living lovely, Just love me, I wanna be with you

What’s better than rhymes, nickles, dimes, dollars, and dubs
Is dialing up your darling just for calling her up
There ain’t nothing better than falling in love

“Baby you’re my everything, you’re all I ever wanted, We could do it real big, bigger than you ever done it”

“You plus me, it equals better math, Ya boy a good look but, she my better half”

“Beautiful, I just want you to know (Oh-hooo), You’re my favorite girl”

“Would I be the apple of your eye, Would you ever want to make me cry, If you really want me by your side, Tell me, how hard would you try?”

“When I think about all the years we put in this relationship, Who knew we’d make it this far, When I think about where would I be if we were to just fall apart, And I just can’t stand the thought of losing you”

“Wrote this letter, and finally decide to send it, Signed sealed delivered for us to grow together, Love has no limit, let’s spend it slow forever”

“When you out there in the world, I’m still your girl, with all my classes I don’t have the time for life’s thrills, so when you sweating on stage think of me when you rhyme”

What You Want – Mase feat. Total
Released in 1997 on album Harlem World

Let me know if it’s right here, Something you can have for years

I’ll Be There for You/You’re All I Need to Get By – Method Man featuring Mary J. Blige
Released 1995 on album Tical

“We could live in my Plug Two home, And on Mars where we could be all alone, And we make a song for two”

“And I’ve come to realize that I need true love, and if you wanna give it to me girl make yourself seen, I’ll be waiting, I love you”

Do you have a favorite Rap love song, not on our list? Please comment on it below so that we can add it!

Check out our other Hip Hop Song Lists

Dog Songs – Songs With Dog in the Title
Scroll to top