ZZ Top is an American (Texas to be exact) Rock and Roll band with Blues infused in their music. The band consists of Billy Gibbons – guitar and lead vocals, Dusty Hill – bass and co-lead vocals, and Frank Beard – drummer. 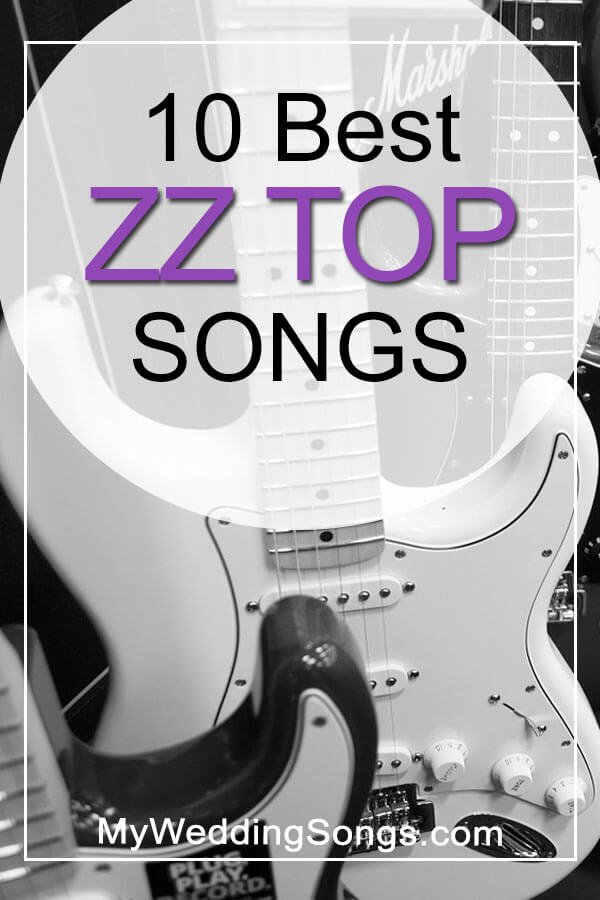 ZZ Top was inducted into the Rock and Roll Hall of Fame in 2004. The true symbol of the band is the long beards of Gibbons and Hill in the late Seventies. Outside of the music industry, Billy also acts on the TV show Bones as the father of Angela Montenegro. Fun Fact – ZZ Top is the last article in the Encyclopedia.

ZZ Top released their first album in 1971 with the catchy title ZZ Top’s First Album. Their latest album was in 2019 titled Goin’ 50.

10. I Gotsta Get Paid
Released in 2012
On Album La Futura
La Futura was the first album released by ZZ Top in nine years.

9. Rough Boy
Released in 1986
On Album Afterburner
The song peaked at number twenty-three on the Billboard Hot 100.

8. Tush
Released in 1975
On Album Fandango!
The song peaked at number twenty on the Billboard Hot 100.

I ain’t askin’ for much
I said, Lord, take me downtown
I’m just lookin’ for some tush

7. Got Me Under Pressure
Released in 1983
On Album Eliminator

She likes cocaine and filppin’ out with great Danes
She’s about all I can handle, it’s too much for my brain
It’s got me under pressure

6. Pearl Necklace
Released in 1981
On Album El Loco
The song is not about a pearl necklace, rather a sexual innuendo.

5. Legs
Released in 1984
On Album Eliminator
The song peaked at number eighty on the Billboard Hot 100. This tied their highest charting single with Sleeping Bag in 1985.

4. Cheap Sunglasses
Released in 1980
On Album Degüello
The song peaked at number eighty-nine on the Billboard Hot 100.

3. Gimme All Your Lovin’
Released in 1983
On Album Eliminator
Obviously the song is about a man trying to fulfill his fantasies.

2. Sharp Dressed Man
Released in 1983
On Album Eliminator
The song is very popular in many different theme settings from weddings to fashion shows. “Sharp Dressed Man” also is played as the theme song on the television show Duck Dynasty.

1. La Grange
Released in 1973
On Album Tres Hombres
The song refers to a brothel on the outskirts of La Grange, Texas. Definitely one of the greatest guitar songs of all-time.

Do you have a favorite ZZ Top song, not on our list?  Please share the song below so that we can add it!