Whitney Houston is one of the greatest American (New Jersey to be exact) R&B artists of all-time. Whitney is the only artist to chart seven consecutive number-one Billboard Hot 100 hits. The song “I Will Always Love You” is the best-selling single by a woman in music history. The list of awards is too long to list as Whitney is in the Guinness World Records for being the most awarded female artist of all time. 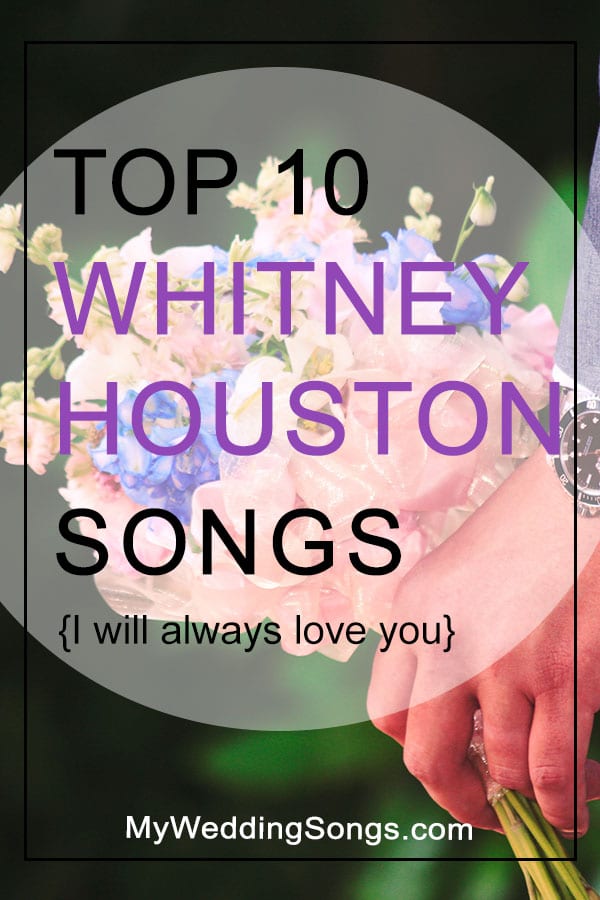 I’m gonna make it anyway
Close the door behind you, leave your key
I’d rather be alone than unhappy

9. Run to You
Released in 1993
On Album: The Bodyguard Soundtrack

Didn’t we have the best of times
When love was young and new?
Couldn’t we reach inside and find
The world of me and you?

7. One Moment In Time
Released in 1988
On Album: 1988 Summer Olympics Album: One Moment in Time
The song was a theme for the Olympics for its anthem for believing in yourself against all odds.

6. Saving All My Love for You
Released in 1985
On Album: Whitney Houston
This song was Whitney’s first number one song to top the Billboard Hot 100.

5. Greatest Love of All
Released in 1986
On Album: Whitney Houston
The song speaks of coping with great challenges that one must face in life and passing that strength to your children.

4. I Have Nothing
Released in 1993
On Album: The Bodyguard Soundtrack
If you are unsure of the meaning of the song, listen to the chorus lines – “I have nothing if I don’t have you”.

3. How Will I Know
Released in 1985
On Album: Whitney Houston
Did you know the song was first offered to Janet Jackson but she said “thanks, but no thanks”?

2. I Wanna Dance With Somebody (Who Loves Me)
Released in 1987
On Album: Whitney
The theme behind the song is that a person wants to find their life partner and dance their life away together.

1. I Will Always Love You
Released in 1992
On Album: The Bodyguard Soundtrack
The song was originally written and released by Dolly Parton in 1974. The song spent fourteen weeks atop the Billboard Hot 100 – which was the longest-running to that date. The song speaks of a break-up that was initiated by the woman.

I hope life treats you kind
And I hope you have all you’ve dreamed of
And I’m wishing you joy and happiness
But above all this, I wish you love

Do you have a favorite Whitney Houston song not mentioned above?  Please share your song below so that we can add it!