You are here: Home1 / Wedding Song Lists2 / Wife Songs List – Songs With Wife In The Title

Wife Songs List – Songs With Wife In The Title 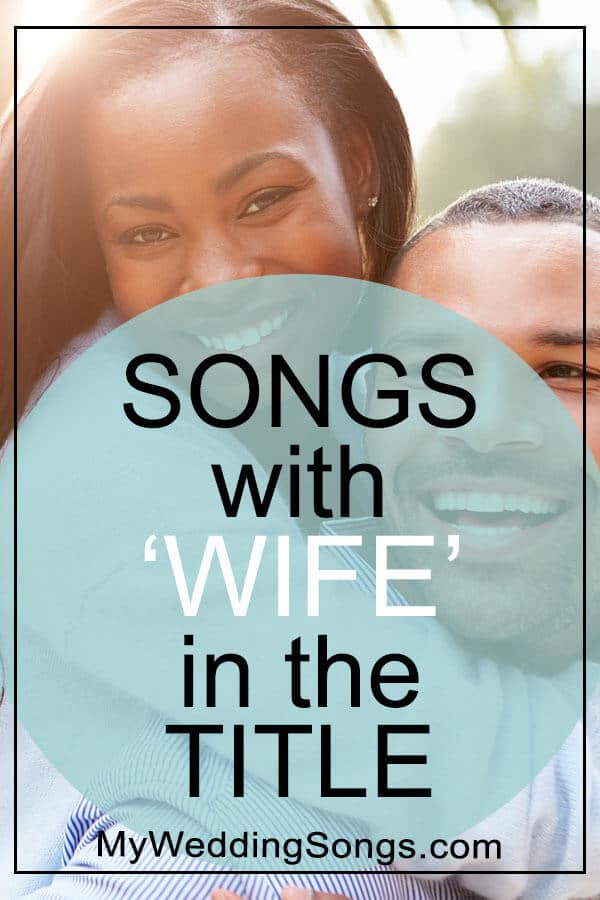 Our wife songs cover several different music genres including polka, rock, soul, folk, country, and R&B. We also show different eras in music from 1963 through today. All husbands should be able to find a song that they like to offer to their wives as a show of appreciation. If you have a wife song you think we should add to the list, be sure to comment it in at the bottom of the page in the comments section.

2. We Are Man And Wife – Michelle Featherstone
Released in 2005 in the third season of the TV show One Tree Hill
Genre – Singer/Songwriter

I’ve Got A Darlin’ (For A Wife) – Merle Haggard

My Wife – The Who

Have a wife song not on our list yet?  Please share below so that we can add it!