You are here: Home1 / Ceremony & Reception2 / Songs With Wedding in the Title

Wedding Song List, Songs With Wedding in the Title

Looking for the perfect wedding song? Then you are in the right place. However, our list of the top 10 wedding songs is not your ordinary list of wedding songs. Each song on our wedding songs list has the word wedding in the song title. We covered many different music genres including country, rock, Christian, folk, new age, and R&B. We also included different music eras from 1972 through 2012. However, the Wedding March was created in the 1800s.

February is celebrated as National Weddings Month because this is when most couples get their wedding planning in high gear. 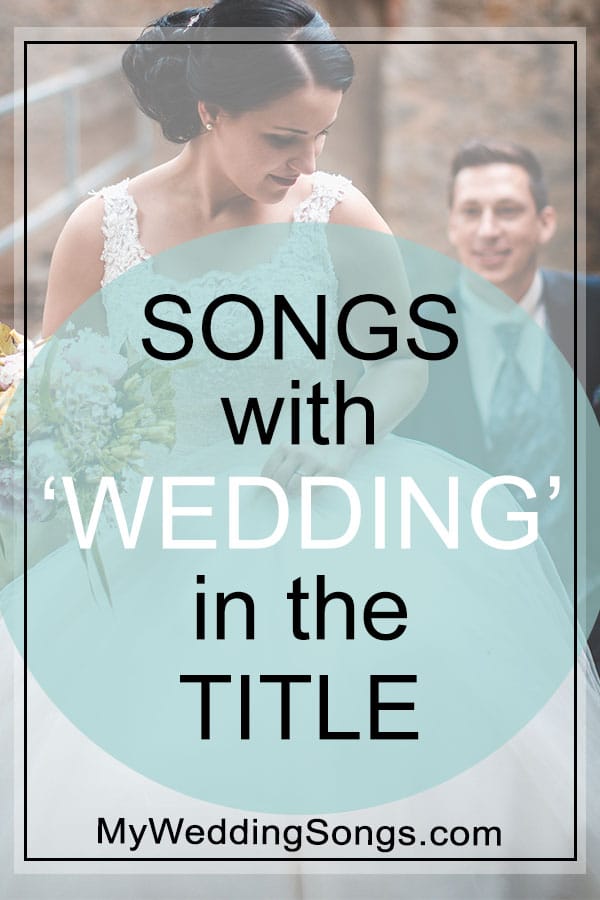 There are many different themes to a wedding song from the time of like like January, the style of the wedding like white trash, it could be an article of clothing like the wedding dress, of course, the bride and groom’s wedding day, the wedding has to have its own song, there has to be a white wedding, what we all want for our own wedding and finally the wedding march down the aisle. Have a song we should add? Add it to the comments section at the bottom.

10. January Wedding – The Avett Brothers
Released in 2012 on album I and Love and You
Rock

7. Wedding Day – Casting Crowns
Released in 2011 on album Come to the Well
Christian

4. You For Me (The Wedding Song) – Johnny Gill
Released in 2006 on album Madea’s Family Reunion Soundtrack
R&B

2. For My Wedding – Don Henley
Released in 2000 on album Inside Job
Rock

Other Top Wedding Songs with Wedding in the Title

Yours (Wedding Edition) – Russell Dickerson
2017, Yours

Wedding Bell Blues – The 5th Dimension
1969, The Age of Aquarius

Do you have a favorite song with “wedding” in the song title not on our list?  Please share below so that we can add it!