You are here: Home1 / Wedding Song Lists2 / Song Songs List – Songs With Song in the Title

Song Songs List – Songs With Song in the Title

Our list of songs is a bit special as we feature the top 10 song songs – meaning all of our songs have “song” in the song title. Are you confused yet? We included different music genres like Hip Hop, R&B, Pop, and Rock. We also included different genres from 1970 through today. 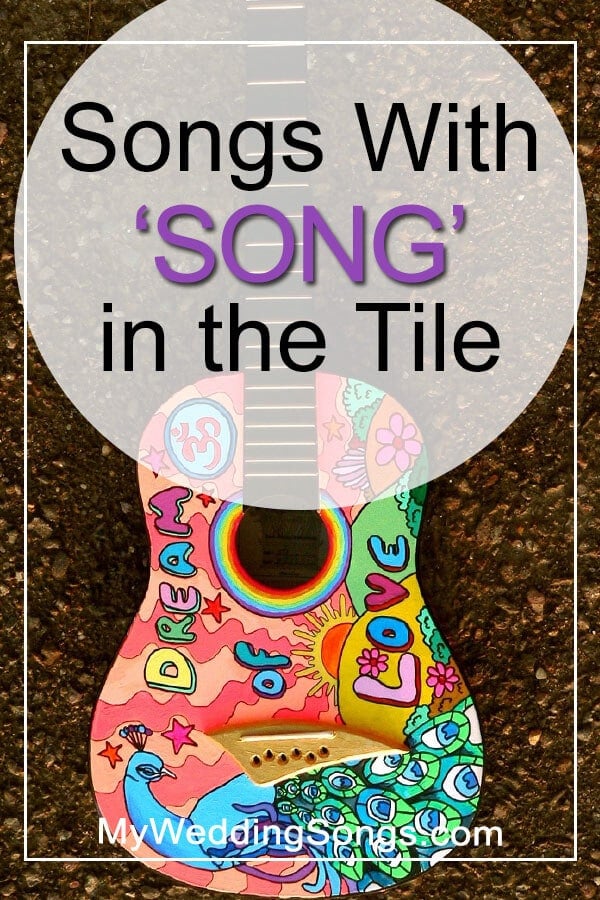 The words to have a theme song include a thong, the Earth, the best love that two people have in a relationship, that you have your own song, Adam has his own song, oh how we need love songs, a couple has their own song, some songs can be lazy, and we can love like a love song.

I Write The Songs – Barry Manilow

Song For A Friend – Jason Mraz

Killing Me Softly With His Song – The Fugees

Songs About Me – Trace Adkins

Put You In A Song – Keith Urban

Have a favorite song with “song in the title that is not on our list?  Be sure to share below so that we can add it.