You are here: Home1 / Wedding Song Lists2 / Saturday Songs List – Songs With Saturday in the Title

Saturday Songs List, Songs With Saturday in the Title 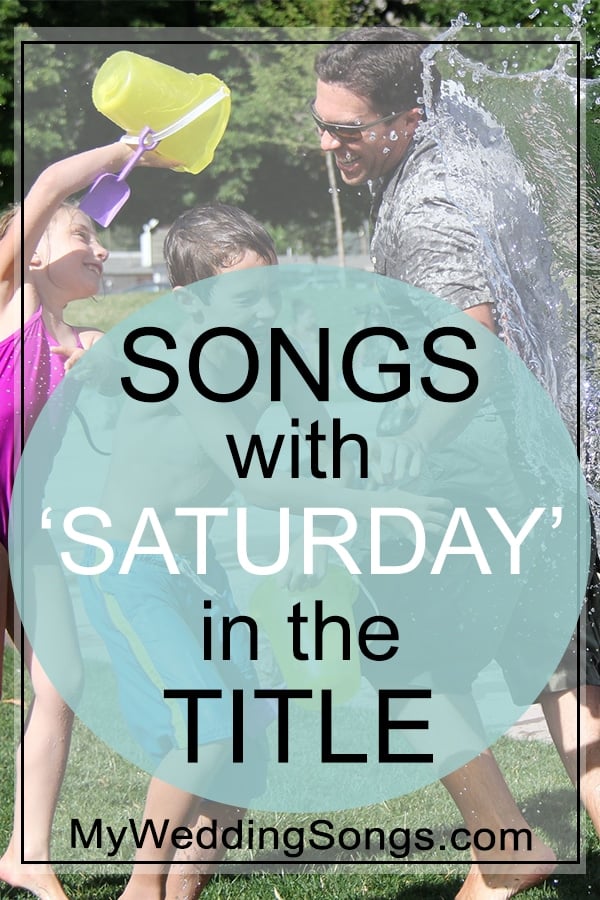 What a better way to celebrate Saturdays then with our list of top 10 Saturday songs? Each Saturday song listed below has the word Saturday in the song title. Saturdays are great for partying, fighting, loving, or just go to the park. Musicians also like singing about Saturday nights too!

10. Saturday Night – The Misfits
Released in 1999
On Album the Misfits
Genre: Punk Rock

7. Saturday – Basshunter
Released in 2010
On Album Calling Time
Genre: Dance
Did you know the song samples the melody from Reel 2 Real’s “I Like to Move It”?

5. Small Town Saturday Night – Hal Ketchum
Released in 1991
On Album Past the Point of Rescue
Genre: Country
The song describes what occurs on a Saturday night in a small town.

3. Saturday Night’s Alright (For Fighting) – Elton John
Released in 1973
On Album Goodbye Yellow Brick Road
Genre: Rock
Did you know the song was banned on many radio stations fearing it would provoke violence?

1. Saturday In the Park – Chicago
Released in 1972
On Album Chicago V
Genre: Rock Jazz
The song hit #3 on the Billboard Hot 100 – the band’s highest-charting song.

Other great Saturday songs with Saturday in the song title

Tonight We Feel Alive (On A Saturday) – Four Year Strong
2010, Enemy of the World

One More Saturday Night – Grateful Dead
1974, From the Mars Hotel

Saturday Night (Is the Loneliest Night of the Week) – Frank Sinatra
1958, Love Is A KIck

Have a favorite Saturday song, not on our list?  Please share it below so that we can add the song!