You are here: Home1 / Wedding Song Lists2 / Pain Songs List – Songs With Pain in the Title

Pain Songs List – Songs With Pain in the Title

Pain can be physical. It can also be emotional. We recognize all the pain in our lives with a list of the top 10 pain songs. All of the songs listed have the word pain in the song title. Physical pain is what happens to our bodies like paper cuts, broken bones, and the like. Emotional pain is like when a boyfriend and girlfriend decide to part ways, the husband and wife decide to divorce, and the loss of a loved one. 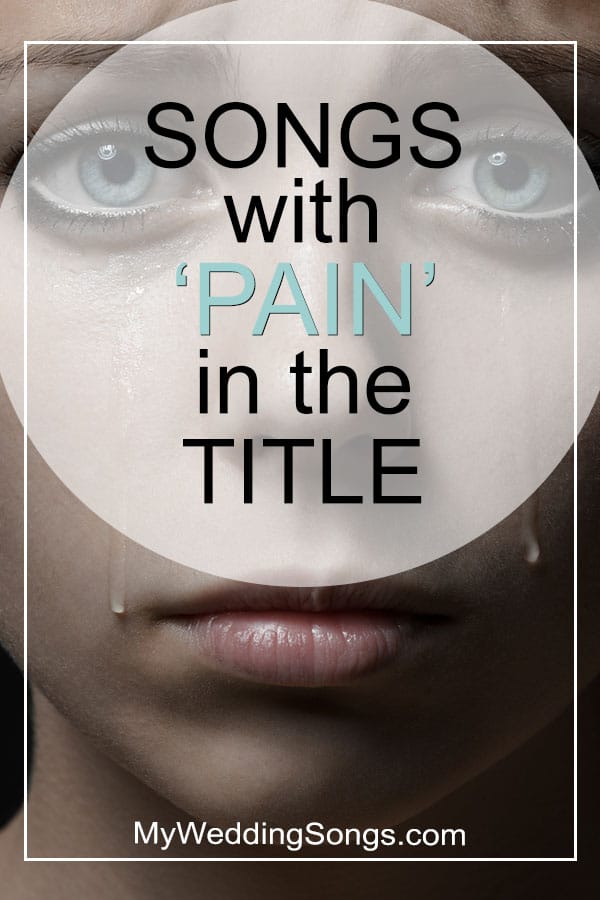 Pain can also be considered a good thing. Without pain, how can one understand and appreciate happiness? We tried to include different music eras into our list including from 1964 through today. We also included different music styles including hip hop, heavy metal, rock, country, soul, and Europop.

4. Dance The Pain Away – Benny Benassi with John Legend
Released in 2013
Genre – Europop

How Can I Ease The Pain – Lisa Fischer

A Pain That I’m Used To – Depeche Mode

Send The Pain Below – Chevelle

Used To The Pain – Tracy Lawrence

So Much Pain – Ja Rule

Thank You Pain – The Agonist

Have a favorite pain song, not on our list?  Please share it below so that we can add it!