You are here: Home1 / Ceremony & Reception2 / Mother Songs List – Songs With Mother in the Title

Mother Songs List – Songs With Mother in the Title

In celebration of the upcoming celebration of all mothers, Mother’s Day, we created our second list of Mother Songs that have Mother in the title of the song.

We included many different eras in our list of Mother songs from 1966 all the way through today. 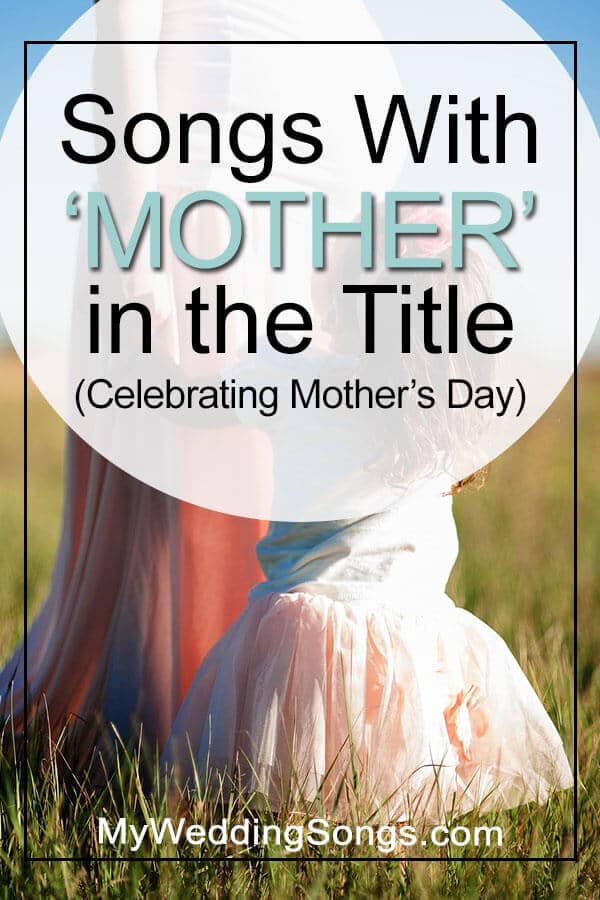 We are celebrating the day with themes like a song just for her, a reunion between a mother and her child, a description of a mother’s love, we tell a story about the way our mother does, what is a mother without a father, and how we like to help our mother.

If you think we should add a Mother song to our list, be sure to add it to the comments section at the bottom of the page.

The Mother We Share – Chvrches
2019, The Bones of What You Believe

Mother Mother – Tracy Bonham
1996, The Burdens of Being Upright

Your Mother Should Know – The Beatles
1967, Magical Mystery Tour

Have You Seen Your Mother, Baby, Standing In The Shadow? – The Rolling Stones
1966, Released as a single

Be sure to check out these other Mother song lists: